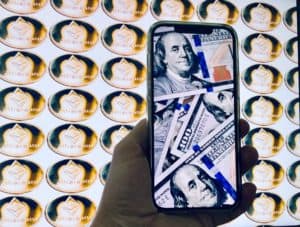 Amber Group, a firm that helps clients buy and sell cryptocurrency products, earn yield, manage risk, and access liquidity, notes that one of the most “pressing” challenges that the Ethereum (ETH) network faces is scalability.

In an extensive report, Amber Group explained that this issue was “first evident during the viral CryptoKitties in 2017 — the sensation led to a six-fold increase in total network requests, resulting in transactions taking hours to confirm.”

Recently, the Cambrian explosion of apps deployed on Ethereum, including decentralized finance (DeFi) protocols and NFT projects, has “reintroduced the urgency of finding a scaling solution,” the team at Amber Group wrote in a blog post.

They pointed out that Ethereum’s network only accommodates around 15 transactions per second (TPS), “a far cry from the average 1,700 TPS that Visa processes or the average 6,000 tweets per second on Twitter.” If Ethereum aims to be the dominant decentralized computing platform for the world, it “needs to find a way to handle more activity in its ecosystem,” the Amber Group team noted.

However, to accommodate those feats, alternative layer ones “sacrifice a degree of decentralization (see: the blockchain trilemma).” Furthermore, if their growth trajectory persists, these blockchains will “eventually reach their throughput limits as well,” Amber Group explained. For example, the Avalanche network recently “implemented an upgrade (Apricot 5) to lower fees once its network started seeing higher transaction activity — a short-term fix to what will be a long-term problem.”

As noted by Amber Group:

“A wide range of scaling solutions have been explored and launched, including state channels, plasmas, and rollups. …But rollups are viewed as the ultimate scaling solution because they enable fast and cheap transactions without sacrificing any of the security and decentralization properties of the underlying layer one blockchain.”

Transactions on rollups are “more affordable” for two reasons:

According to Amber Group’s detailed report, the momentum for ZK rollups is “strong.” Fiat on-ramps directly to rollups have “already launched, wallet support continues to grow, and several Web3 primitives are gradually porting their code to zkEVMs.”

Users may get started on experiencing ZK scaling technologies right now, by: