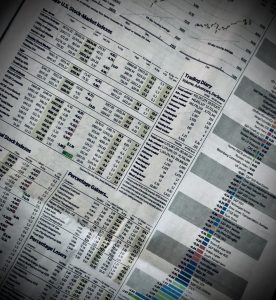 The team at digital asset firm Gemini notes that there has been a considerable decline across the wider crypto market, including Bitcoin, since the beginning of 2022.

However, Gemini points out in a report shared with CI that non-fungible tokens (NFTs) are “thriving.” The update also noted that NFT trading volumes across OpenSea, Nifty Gateway, and Rarible are reaching all-time highs, with many initiatives seeing 2–4x returns in January 2022.

As mentioned in the report from Gemini, Fantom seemed to have “bucked the trend this month in terms of total value locked (TVL), briefly moving up to 3rd in the rankings behind Ethereum and Terra, with over $10 billion locked on-chain.”

Fantom gained many new users during the last month, “maintained a vibrant ecosystem, and developed a significantly lower Market Cap/TVL ratio when compared to other chains.”

“All eyes are on inflation data and the Fed’s reaction function. It is widely observed that the bitcoin price is experiencing heightened correlation with US equities recently—with the rolling one-month correlation between BTC and the S&P 500 reaching a one-year high, at around 73%. We expect this relationship to hold in the near term as the broader market adjusts to monetary tightening.”

Dave Abner, Global Head of Business Development, Gemini, shares that an interesting adage that is often used this time of year: “As January Goes, So Goes the Year.”

The January Barometer was “first mentioned in the “Stock Trader’s Almanac” by Yale Hirsch in 1972 and over the 91 years that they have tracked it, the market for the ensuing months closed in a similar direction to January 63 times—or 69% percent of those years.”

The update clarified that it’s “not a foolproof rule over the long term, but it at least provides some sense of what might happen.” The question is—”can the January Barometer be applied to Bitcoin?”

Notably, there was only one year, 2014, where bitcoin had “a strong January and then a very weak rest of year.”

There were 3 years where bitcoin was “down in January, but then rallied back for positive results over the next 11 months.”

“Bitcoin’s performance was incongruent to the SPX over the same time period (2010-2020); there were only four years when SPX’s January results aligned directionally with the rest of the year. Five years experienced a weak January, then the index rallied back to end the next 11 month period positively, and two years had a positive January but produced negative results in the following months.”

This means 70% of the period did “not follow the market norm, in contrast to the long-term barometer results.”

As mentioned in the update, an analysis of the BTC price “shows that in 36% of periods where bitcoin breaks the January Barometer after a negative January, it will most likely produce outsized returns in the year.”

So, if the Bitcoin January Barometer doesn’t hold one would expect to see an average return of around 120% over the next 11 months.

The SPX January Barometer “didn’t work 64% of the time over the last 11 years, meaning that it’s pretty much anyone’s guess what will happen to the SPX this year after a negative January.”

This is the “expected potential return for 2022, if the market does break the January Barometer.”

The report added that the Bitcoin January Barometer has “held 64% of the time over the last 11 years, providing those who are reviewing their portfolios in January with a benchmark as they think through possible outcomes for the remainder of the year.”