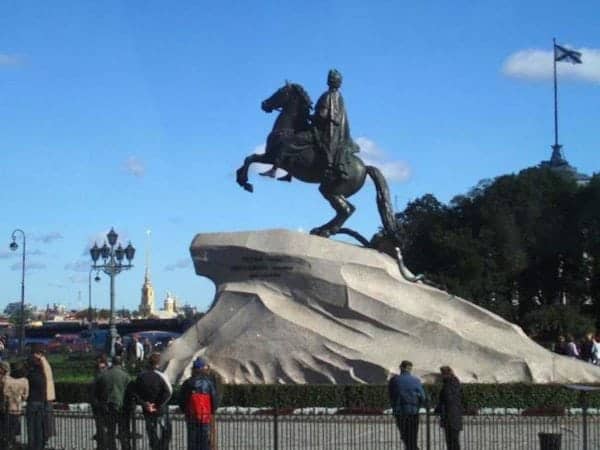 European lender Mintos notes that previously, they had prepared an overview of the “broader” effects of the war in Ukraine, sanctions on Russia, and Russian “responding policies on the financial markets.”

As noted in a blog post, Mintos is now sharing “an insight into how those emerging influences have affected the usual processes” on their platform “when it comes to Russia-related parts of [their] business.”

As mentioned in the update, normal market conditions are “a product of periods of market stability, and they’re signified by a steady and constant flow of investment activity.” Disruptions in individual or global markets “result in abnormal market conditions which often can cause disruption in the availability of money on the platform.”

​​​​​​​According to Mintos, the first bigger disruption that “caused a disturbance in the market conditions was the pandemic at the beginning of 2020, characterized by prolonged impacts on the money flows, loan repayment ability, and liquidity of the lending companies.”

Although the team at Mintos saw signs of recovery over the course of the past year, “in a few instances localized market disruptions affected investments on Mintos once again in the past few months, particularly the recent social unrest in Kazakhstan, when we witnessed disconnection from the internet and temporary pause of bank transfers, with things getting back to normal quickly after.”

In February 2022, with the Russian attack on Ukraine, “the following war and set of sanctions on Russia had a strong impact, disturbing the transaction flows between these two markets and Mintos.”

In normal market conditions, payment flows “related to loans issued to borrowers in Russia looked like the following” (on Mintos).

1. Borrowers make payments for their loans in RUB

RUB is the currency “of the local market.” Although a larger part of investments is made in EUR, loans are “issued to borrowers and repaid by borrowers in local currency in the case of the Russian lending companies.”

2. The lending companies exchange borrowers’ payments from RUB to EUR (for EUR investments)

Mintos first “receives proof of payment.” The payment transfers are “serviced via SWIFT systems, reaching Mintos and investors in 1 to 2 days if there are no specific changes that might trigger reactions from the local currency control mechanism, which are characteristic to doing business with Russia.”

After receiving payments, money is “distributed to the Mintos investor accounts within the same day.”

“For 5 years, there were no major problems in repayment flows from the lending companies from Russia, and the above-described processes were functioning smoothly. We had taken into account the heightened risk of sanctions on the Russian market early on. Also, from the start, Mintos decided to not work with Russian lending companies that issue loans to businesses dealing with state-owned entities.”

The firm added that “as the threats of the war in Ukraine became a reality, they disabled investments in loans from Russian and Ukrainian markets on the Mintos Primary Market, and stopped listing new loans from these markets overall.”

Major external factors that influenced disruption in the above-described flow are as follows:

The update also mentioned that the “depreciation of RUB over the past few weeks, and very high currency volatility that put a halt on defining the real RUB value.”

The blog post from Mintos further noted that the “inability and unwillingness of the European banks to service RUB due to various risks.”

Russian retaliation policies, of which the most impactful was “a ban on repayments of Russian businesses’ debt to external partners in foreign currency.”

Mintos claims that there “are significant limitations for lending companies when it comes to exchanging RUB to EUR within Russia.” And uncertainty about the value of the ruble together with rising costs for shortfalls “can put additional pressure on the lending companies.”

Mintos added that “1/7 of investors’ exposure in Russia is in RUB, and this part will not be affected by the described currency exchange issues.”

They also noted that lending companies “can’t make repayment transfers to Mintos in euros, and payments in rubles are limited.”

“Some of the lending companies from Russia that offered loans for investments on Mintos are impacted by their servicer banks being sanctioned and banned from SWIFT. As a result, they didn’t manage to transfer any payments in RUB since the beginning of the Russian attack on Ukraine.”

In March 2022, Russia “issued a decree to introduce a special procedure for debt repayment by the Russian state bodies and Russian debtors to non-Russian creditors from countries that made “unfriendly actions towards Russia”, which includes all countries from the European Union. EUR repayments from Russia to foreign companies are currently not possible.”

Even repayments in RUB are “capped at a maximum amount of RUB 10 million (approximately €85 000) per month.”

The exchange rates and specifics for such transactions are “subject to individual agreements with the Russian companies and are characterized by many unknowns.”

“A wide gap remains between Russia and Western societies over the next few years. This does not preclude that the diplomatic relationships between Ukraine and Russia, and Russia and the western world slightly improve over time, with negotiations bringing partial stability to the region, a break for the involved parties, and somewhat positive changes in the dynamics of the economic and financial markets. Over the upcoming year(s), some sanctions are partially lifted.”

“In some cases, business communication between Russia and foreign markets is re-established, and for the sake of money exchange for goods such as natural resources, financial transactions are made somewhat easier over time. Borrowers’ and lending companies’ ability is strongly impacted by high inflation in Russia and a lasting cut-off, to a certain extent, from the international business currents. Though businesses struggle to make repayments, some possibilities to do so exist.”

Even during this phase, while some companies manage to bend the portfolio curve up, “some lending companies are not managing to overcome the impacts of the war and sanctions-related effects.”

For more details on this update and other potential scenarios, check here.