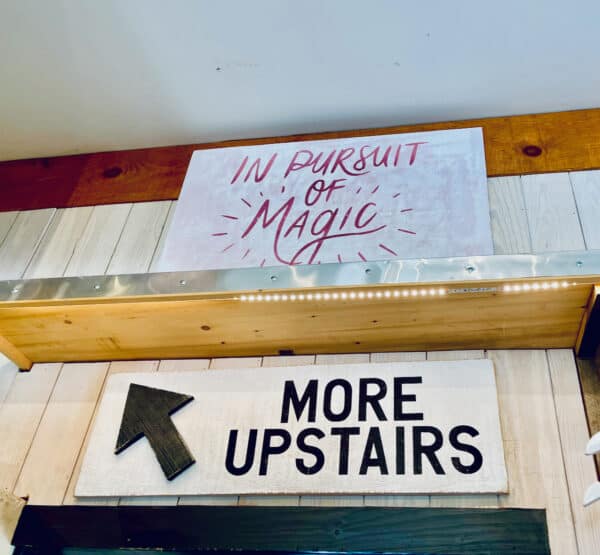 Blockchain seems to be an endless source of misunderstanding and myth-making, to the extent that sometimes it is treated as a form of magic.

This needs to stop.

Blockchain is awfully cool, it solves an important issue for the internet age, and it is creating a huge amount of economic activity by rearchitecting the internet.  None of it, however, is magic, or even sleight-of-hand (after all, transparency is a key part of what makes blockchains work).  This article uses simple explanations to debunk recent myth-making from both opponents and proponents of blockchain and decentralization.

#Blockchain seems to be an endless source of misunderstanding and myth-making, to the extent that sometimes it is treated as a form of magic. This needs to stop Click to Tweet

Let’s take head-on the persistent myth that blockchain is completely new and is doing unprecedented things.  It is not.   Blockchain is database technology.  That’s all.

It is a special kind of database because it maintains the information across an extremely large network of unaffiliated computers (the whole internet, in fact) through several techniques including cryptography, transparency, consensus, and incentives.  It is also a special kind of database because it allows for digitally unique items, often called tokens or cryptoassets, to exist, thereby creating the ability to establish ownership and transfer value using the internet.  Finally, these special databases also allow for deployment of computer programs on them that utilize their underlying computational power.  These programs are called “smart contracts” and they can be used for anything that a computer program on a regular database can do.  At least theoretically.

Myth #2: All tokens are financial instruments

I have previously debunked the idea that all tokens are securities under US law using my long-favorite meme, “oranges are not securities,” in this article.  I’ve also proposed a sensible token classification system in this article.  @Owlexplains seeks to provide educational tools and resources about blockchain and Web3 here, with a view to helping policymakers and regulators understand how blockchain and Web3 are a new means by which ownership is established and value is transferred over the internet.

Myth #3: Staking a token makes it a security

Reality: Staking does not change the nature of a token

Here is another myth we can easily bury.  Despite what some have claimed, staking tokens as part of proof-of-stake validation of the blockchain does not make the staked tokens into securities.  Tokens are not themselves securities under US law in the same way that oranges are not and can never be securities under US law.  Moreover, the idea that an asset can exist in one way that is not a security, but in another way that makes it a security makes no logical or practical sense.  It is like saying that stock in a company is sometimes not stock.  Or that an orange is sometimes not an orange.  Unless something is done to change the fundamental nature of a thing, the thing remains the thing.  As pointed out in prior writing, you can have an arrangement about a thing that is a security, but that does not change the fundamental nature of the thing.

And staking does not change the fundamental nature of the staked tokens.  There is no alchemy at work, no tearing apart the fabric of space/time, no rearranging of molecules or bundle of rights when tokens are staked.  The tokens simply are locked in the network as a show of good faith that the validator will do its job to operate one or more computers to validate transactions, update the current state of the database, and secure the network.  It is like being a member of an IT department that maintains servers and software for the company’s computer network, or being an internet service provider that maintains servers and software that allow the internet to function.  Saying that such activity turns the tokens into securities is the same as saying that it turns the hardware used in staking into securities.

Myth #4: Staking rewards are a payment

While we are on the topic of staking rewards, let’s clear up another point.  Staking rewards are the creation of new property, not a payment from one person to another.  Most proof of stake-based blockchains allocate some number of tokens in the programming as staking rewards.  Those tokens do not exist until they are created through staking.  The act of staking in accordance with the relevant criteria of the programming generates these new tokens as an operation of the code.  It is important to remember here that the code is autonomously functioning; there is no one controlling it and it keeps functioning as long as the blockchain exists.  Under most relevant laws, a payment requires two parties with legal personhood, a payor and a payee.  With staking rewards, there is no payor because a blockchain (autonomously functioning code) does not have legal personhood.  Accordingly, staking rewards are newly created property by the computer program that operates the blockchain plus the work of the validator in operating its hardware and software to validate transactions.

Myth #5: We should ban DeFi or make it more like TradFi

Reality: We should foster innovation in DeFi, which enables direct access to information and participation

Turning our attention to DeFi and other implementations of Web3 using smart contracts (a form of autonomously functioning code), we see some calls to regulate the websites and browsers that make Web3 more usable for humans.  First, most jurisdictions have not started to grapple with what it means to regulate autonomously functioning code, whether it is in blockchain, self-driving cars, or machine learning/AI.  Europe has published the most about these issues in the context of AI.

Second, the questions of responsibility and liability for autonomously functioning code are not readily susceptible to analysis under existing legal frameworks for reasons similar to why staking rewards are created, not paid:  there is no party with legal personhood on the other side; there is just code that functions.  Even the current state of the law in most jurisdictions allows the developers of code to disclaim most or all responsibility and liability.  Next time you download an app onto your device, read the terms of use and you’ll see what I mean.

This leads to the idea that if we just find someone with legal personhood, that’s where responsibility (you should be a regulated entity) and liability (you should compensate users) should rest.  But let’s think about that conclusion.  It means that simply passing information makes you responsible and liable, regardless of whether you pass correct information or not (no fraud or even misrepresentation necessary).  It means that simply providing a gateway to Web3 makes you responsible and liable, regardless of what people find or do there, even if you cannot stop, alter or interfere with what they find or do.  We might as well make hardware manufacturers responsible and liable.

The point is not that no one should be responsible or liable.  The point is to calibrate who should be responsible and liable (and to what extent) based on their activities and ground that calibration in existing law, which requires something more for responsibility and liability than passing along information.  And to say that Web3 necessitates a complete change of when responsibility and liability arise goes back to the idea that there is magic going on here.  Nonsense!

There will always be more myths about blockchain, tokens, and Web3 to debunk.  We should take every opportunity to do so.  Rearchitecting the internet so that it can establish ownership and transfer value takes programming, creativity, and hard work.  And a good dose of myth-busting.

Lee A. Schneider is a financial services and technology lawyer with extensive experience in blockchain.  Lee co-hosts the Appetite for Disruption podcast with Troy Paredes and is the contributing editor for the Chambers and Partners Fintech Practice Guide.  He co-founded Global Blockchain Convergence and is active with a number of other organizations.  Lee serves as General Counsel for block.one and is the father of two wonderful college students.  He learns about Japanese art history from his wife.

This article is written in his personal capacity and reflects only his personal views and not those of Troy, Chambers, GBC, or block.one or its directors, officers or employees or anyone else.  His views do not constitute legal, investment, tax, or any other type of advice.