In the ever-growing crowdfunding community, peer lending reigns supreme. A TD Economics report we covered last week estimates the size of the global crowdfunding industry at somewhere between $3 and $5 billion in 2013. Of the sites responsible for this emergent shift in capital access, Lending Club stands apart, having originated over $3 billion in loans since inception in 2007. 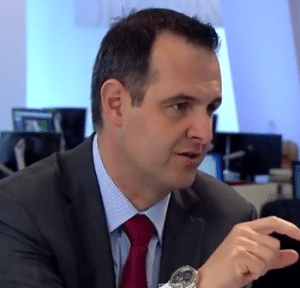 I recently had the chance to speak with Renaud Laplanche, co-founder and CEO of Lending Club. San Francisco-based Lending Club is the world’s largest peer lending platform. The brand has had a wild ride from a fledgeling Facebook app to a full-scale debt-backed securities marketplace, and all in the span of under a decade. (No, seriously… Lending Club started as a Facebook app!) It is now the largest of a handful of up-and-coming US-based peer lending platforms that seek to disrupt traditional mechanisms of credit.

Things weren’t always this good. In an industry with a goal of disrupting the traditional banking system, change is dramatic and often accompanied by naysayers and those bolstered by the status quo. Some call peer-to-peer lending a bubble even now. Having said that, the struggle for legitimacy for peer lending sites seems over for the time being. Like many comparable platforms, Lending Club can boast an all-star board of seasoned venture capitalists, economists and technologists, Laplanche included.

Having respected names in finance and technology—including John Mack, Mary Meeker, Larry Summers and Hans Morris on our board, as well as Google Inc. as an investor—has definitely ramped up credibility and built awareness of our platform. Early on there was a learning curve in educating borrowers and investors about our model, and partners like these signal to the market that our platform is here to stay.

2013 was huge for Lending Club, a year Laplanche calls a “tipping point for the industry.” The company netted almost $100 million in revenue and originated over $2 billion in loans. Lending Club is now profitable and all signs point to an IPO in 2014. “We also benefit from being the largest player in the space,” Laplanche explained. “We were one of the first, which meant we quickly became one of the largest. Because we’re a marketplace, being the largest makes us more attractive, which leads to additional growth — it’s a little like how eBay rose to dominate its space.” 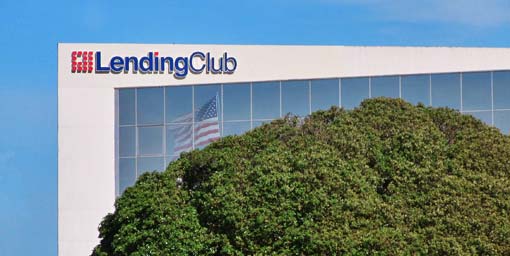 The peer lending industry isn’t without its fair share of criticism. One concern highlighted recently is a perceived lack of high-quality borrowers across all sites, and specifically on Lending Club. This has let to the creation of tools specifically for finding the best Lending Club loans quickly and painlessly. We reported on the launch of one such tool, LendingRobot, late last year.

Laplanche disagrees with the assertion that Lending Club suffers as a platform from a lack of these quality borrowers. He explains that there is tremendous demand, pointing out that “the consumer credit market is a $2.7 trillion industry, so we’ve just scratched the surface.”

Still, he nods to the difficulty of balancing supply and demand. “As an online marketplace, maintaining a balance between borrowers and investors is an ongoing challenge, but I’m proud to say it’s one we’re meeting. On the borrower side, we have a number of marketing channels we can turn up or down as needed to keep the platform balanced. We could be doing much more volume than we are, but it’s important that we keep our growth measured to maintain that balance.”

“On the investor side, one big change we’ve made recently to make it easier and faster for investors to allocate their funds and keep them working, is implementing our free Prime service. Prime automates the investing process so dollars are invested more quickly, and automatically re-invests money as borrowers pay back notes,” he said.

Some have also criticized underwriting practices among peer-to-peer lending companies. For these platforms, it is a catch-22. On one hand, transparency in underwriting is important to helping borrowers and lenders alike understand the risks associated with the use of their platforms. On the other, underwriting practices are closely-guarded secrets that help platforms to differentiate from one another. I asked Laplanche how Lending Club balances these two concerns.

“We don’t make our full additional underwriting model available — both for competitive reasons, and also because it’s a complex statistical model that’s evolving and changing regularly, as we collect more data and refine our process,” he said. “What’s important is that we protect our model so A grade loans perform like A grade loans, B grades perform like B, and so on. Our investors have come to appreciate the consistency. They may not know all the minute details of how grades are set, but they know how they perform.”

Laplanche clarified that transparency is still to be had for Lending Club. “Anyone can go to our website and download the performance of every loan we’ve issued, including anonymous details like credit attributes. This empowers a potential lender to judge for themselves how loans perform and what credit attributes perform better than others,” he said.

2014 has already seen the peer lending space heat up. The new year will see the launch of new Lending Club features, including an increased focus on peer-to-business lending, but there is far more opportunity for disruption on the horizon. Laplanche will be making an effort toward “extending our model into additional new markets including things like auto loans and possibly even mortgages.” He also points to Lending Club continuing to partner with – and sell repackaged loans to – community banks, an effort that began in 2013.

Ironically, Laplanche’s trend to watch for peer lending in 2014 is increasing buy-in and interest from traditional banks, the very institutions his company set out to disrupt when it was founded. He’s also keeping an eye on mobile communications, which he says “will be the fastest-growing communication channel in financial services, and new mobile capabilities will meet consumer demand for access to credit on their terms.” (Of course, not all banks are thrilled about the P2P lending movement.)

As for the experience of running a multi-billion dollar startup, I asked Laplanche what it was like and – somewhat jokingly – whether he slept. “I sleep a lot better than I slept in 2007, that’s for sure,” he said. “Seriously – I’m hugely proud to lead a team of 400 people who live and breathe our goal to transform the banking industry to make it more consumer friendly, more transparent and more efficient.”