Crowdcube offered shares in their own company this past week and quickly (as in don’t blink) raised £1.2 million.  While I am not certain if they expected to raise funds at lightening speed – I was certainly impressed with the velocity in which investors rushed in to capture equity in the young crowdfunding platform.  The self-crowdfunding round was part of a larger capital raise as Balderton Capital, a Euro VC group, had previously announced a £3.8 million investment in Crowdcube.  The terms were stated as the same as the crowd.  The funds will be used to add staff, expand their offices (having just opened up a new location in London), and focus effort on growing internationally  – beyond their 7 current joint ventures.

This founding round was “12 times faster than the previous record for fastest funding pitch”.  The series B round was backed by 141 investors at an average investment of £8,500.  This means the offer generated 9 investments per minute; £75,000 per minute or £1,250 per second. Fifteen of the investors were women. 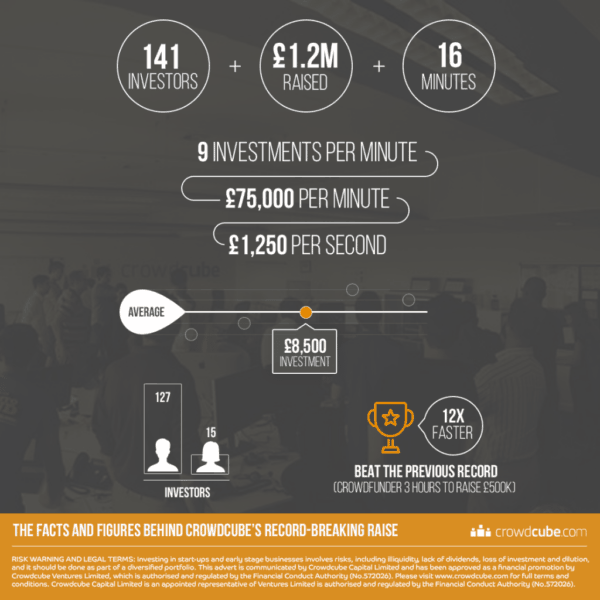