In November The University of Cambridge teamed up with EY, the global professional services organization, and launched the European Alternative Finance Benchmarking Survey with the support of major European industry associations. This is the largest study to date on crowdfunding, peer-to-peer lending and other forms of alternative finance in Europe.  This benchmarking survey, which opened on 25 November and closes on 20 December, aims to capture the size, transactional volume and growth of the alternative finance markets across Europe. 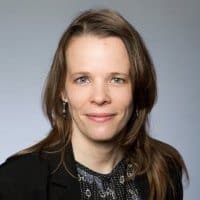 An interview with The University of Cambridge’s Dr. Mia Gray helped precipitate this nascent interview series. Integral to this research include a series of exclusive interviews with the thought leaders of these collaborating crowdfunding associations. To date, readers have had the pleasure of reading interviews with CrowfundingHub Founder and Executive Board Member of the European Crowdfunding Network, Ronald Kleverlaan and President of the Board of Asociación Española de Crowdfunding Daniel Oliver.  My next trailblazing interviewee is the AFIP crowdfunding expert Marianne IIZUKA, Crowdfunding Comity ANACOFI, member of the European Crowdfunding Stakeholders Forum.  Having just finished the second French and first English edition of her seminal book, Le Crowdfunding, IIZUKA works in Wealth Management / Ahès Courtage et Patrimoine,  is the owner of Ahès Consulting and has begun her PhD in Finance.

Today I had the pleasure of corresponding with IIZUKA via email regarding crowdfunding in France and the Cambridge-EY European Alternative Finance Benchmarking Research.  Our interview ensues:

Erin: Why has the Association Française de l’Investissement Participatif (AFIP) and the ANACOFI decided to participate in the Cambridge-EY European Alternative Finance Benchmarking Research?

Marianne: The crowdfunding industry is young and is currently structuring itself. Many platforms are

created each year, some are successful, some do not find their customers, some simply die. For those who survive, it is important to have proper funding figures. As crowdfunding steps in the banking and financial industry, this is vital to show crowdfunding is not only a temporary buzz. The best way to do so is to have proper figures available. AFIP and ANACOFI French associations take the Cambridge-EY European Alternative Finance Benchmarking Research very seriously. The results will be crucial in discussions with the French regulators and authorities concerning the crowdfunding industry. We look forward to seeing the results.

Erin: How is the crowdfunding and peer to peer lending environment evolving in France?  Recently KissKissBankBank moved into P2P lending.  Is this indicative of opportunity for new forms of finance in France?

Marianne: New regulations have taken affect in France since October, 1st this year. French platforms now have a clear framework. Many entrepreneurs and peer-to-peer lending candidates have been waiting for this

regulation in order to start their operations. Before this, there was only one platform i.e. Unilend.fr which was running – with success as they already fundraised more than 4 million euro in less than a year. Since then, we are aware of at least eight new platforms which will or have started their operations (Apoyogo.fr, Credit.fr, Enerfip.fr, Lendix.com, Prexem.com, Tributile.fr, Unifund.fr and Wedogood.fr). On the other side of the market, blockbusters such as KissKissBankBank, a French platform which started its operations as a reward-based platform and which is now profitable, are expanding into other crowdfunding segments like peer-to-peer lending. This definitely shows that we are more in a mature than in a niche market. Peer-to-peer lending is definitely not a new form of finance, but it is a new way for people to invest their savings. 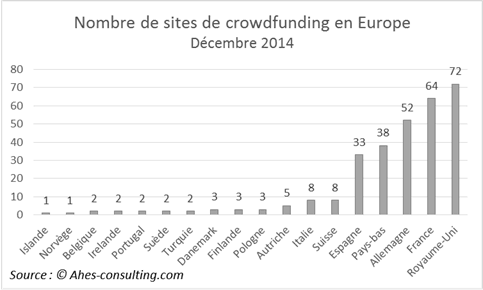 Erin: Earlier this year, France took a leap forward as its government, with the assistance of government Minister Fleur Pellerin, pushed forward to streamline investment crowdfunding. The new regulations address equity, debt and donations-based crowdfunding went live on 1 October.    How has the French Government’s approach, both elected and regulatory, acted as a catalyst to propel crowdfunding & P2P in France?  How are the regulations continuing to evolve?

Marianne: The French regulators AMF and ACPR have done fantastic work organising at the early stages of the industry. They provided platforms a regulatory framework allowing them to run their operations in a professional manner. So far, the regulator position is to stay as it is and see how the crowdfunding industry evolves. Nevertheless, many platforms push for a more flexible regulation.

On the equity side, many voices rise against the investor’s protection. As a matter of fact, only High Net Worth Individuals (HNWI) are 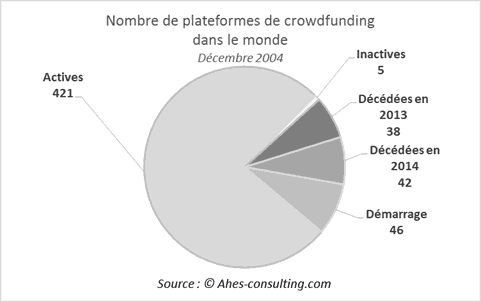 really allowed to invest in equity, which means only a small part of the population is allowed to participate in equity crowdfunding. Some platforms around the world have shut down their operations to the crowd as soon as they have gathered a solid HNWI investor’s base. The same voices say this is not a normal situation as equity may provide an unlimited profit. They believe that the regulation is made only  for “rich” individuals, therefore the crowd can’t benefit from high potential startups, for example.

Overall, many platforms claim a European passport in order for them to start their operations in other countries avoiding all the local regulatory work.

Erin: What can the United States learn from France and its crowdfunding campaign regulations? 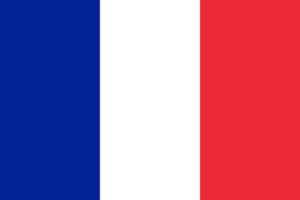 Marianne: Nice question. Well, first of all, France is at the top concerning transparency. All platforms show an address, a contact page, FAQ, are linked to a professional crowdfunding association and provide a regular report of their funding activity. In the USA, it is often difficult to find out who is behind the crowdfunding platform, the FAQ are limited or simply do not exist, the reporting is only on the front page. The United States seems to be in two points of view as well: the SEC and the platforms. In France, the regulators have worked very closely with the platforms in order to put into place rules that are focussed only on the industry’s needs. They did not consider the subject only in the investor’s protection point of view.

Erin: How will investment crowdfunding further spark innovation and boost entrepreneurship in France?

Marianne: France is a country of entrepreneurs and small businesses. Our universities and high schools provide all industries with high level engineers and professionals. Both spirits combined, we should have 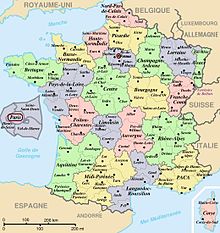 some of the best tech/fintech/biotech startups in the world. Unfortunately, this is not the case as banks are not able to fund such businesses because they not only don’t know how to price them but also because they are unadventurous.  Lots of our young talent have immigrated to the USA or the UK in order to move forward with their projects. Equity crowdfunding may provide an alternative way of funding these new businesses and should be supported in all possible manners by the French authorities. This is an opportunity to move on with good ideas, to support opportunities business, and in fact, to prepare the future of our country.

Marianne: Interesting. Unfortunately, I am not aware of such studies in France. Women are not well represented in the financial industry. Considering that crowdfunding is easy to understand, yes, we might see more women investing than men but it sounds a bit misogynist to say so.

Erin: In order for alternative finance to grow, the Nesta-Cambridge report explicitly notes “the industry needs to continue innovating, educating users and addressing the various concerns consumers and SMEs have about alternative finance.”  What will be done in France to engender such growth?

Marianne: First of all, French associations such as AFIP and ANACOFI are working together in order to 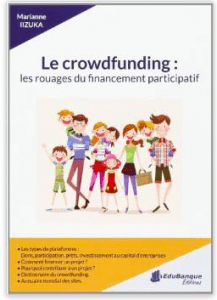 enhance the education concerning the crowdfunding industry. We are currently working on e-learning training for professionals and will soon work on Moocs for the crowd. Alternative finance is today not a key subject in France but as it grows fast, it may soon be one. For example, the regulators and Banque de France have recently issued recommendations concerning the Bitcoin and crypto currencies. These are only for professionals, they haven’t been communicated to the crowd yet. So, France is currently moving after a new market appears by analysing and regulating it. What we need today is to have the proper research which tries to anticipate how the financial system with mutate within the next 10 years and work in line with these mutations.

Erin: Who do you believe is trailblazing the Crowdfunding movement?

Marianne: Today, the UK surpasses other nations, especially concerning peer-to-peer lending. This is probably due to the English’s experience with allocation, participation and innovation, while in France, many are still very conservative. The UK is always one step ahead with crowdfunding; nevertheless, in France, we are growing quickly and well, so this leadership might change in a near future.

Marianne: Crowdfunding is a part of the alternative finance trend. Both fintechs and the new generations of entrepreneurs will contribute to change the financial landscape in a short and long run. The internet reduces dramatically the number of middleman, reducing transaction costs.

Crowdfunding uses all aspects of these enhancements and creates several ecosystems for the benefits of all — crowd, entrepreneurs — and finally, helps our economies to grow. Today, crowdfunding moves one stage beyond by doing what banks did the last twenty years: crowdfunding offers more and more complex financial products such as convertible bonds, secured notes and works with SPV in the real estate market. The temptation is high to catch institutional investors, business angels or investment funds through crowdfunding campaigns. Therefore the crowd would be reduced to a project benchmark. Well, I guess that crowdfunding will grow and carry on this trend only if it stays focussed on its primary goal: fund with the crowd! 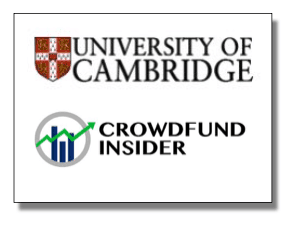 Crowdfund Insider has joined with The University of Cambridge to be the exclusive media partner on this benchmarking research. This interview is one of a series that will include multiple, in-depth interviews with international thought leaders and crowdfunding industry pioneers from the collaborating associations. 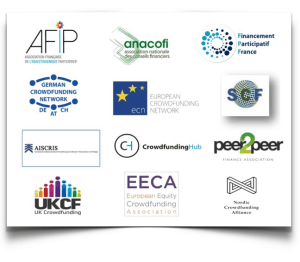