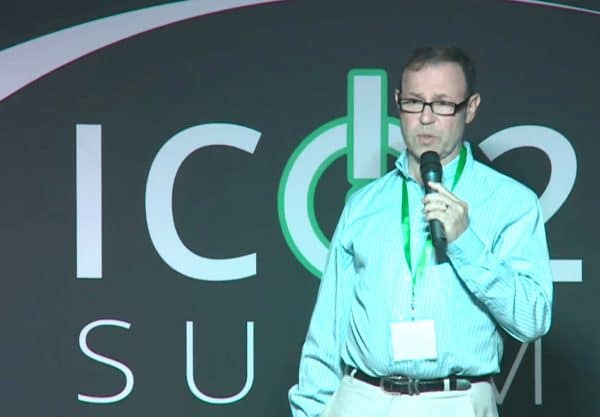 On Friday, November 10, 2017, StartEngine, a Regulation Crowdfunding platform based in Los Angeles, California organized ICO 2.0 Summit, the first regulated ICO conference – or at least the first that I’ve seen. While there seem to be an explosion of ICO and Blockchain-related conferences these days, most have one panel to address the regulation question. This was the first that I’ve been to where compliant, regulated ICOs were a conference-wide theme.

As such, each panel was able to get more into the weeds and nuances of all the different legal and regulatory considerations for ICOs. Most ICO offerings – even if treated as securities – seem to focus mostly on the initial fundraising event, yet lack deep thought as to the legal, economic, and governance questions that may come back to haunt them over the next few years. This conference was, for a securities attorney, refreshing, since experts were able to provide an overview to issues of the regulatory and legal hurdles and uncertainties they face if they choose to ICO.

StartEngine CEO Howard Marks kicked off the event by explaining that;

“ICO Summit 2.0 is to help bring the ICOs out of the shadows. We firmly believe that this will be one of the greatest opportunities for entrepreneurs to raise capital, but at the same time, it has to be done in a way that meets the regulations and the laws.” 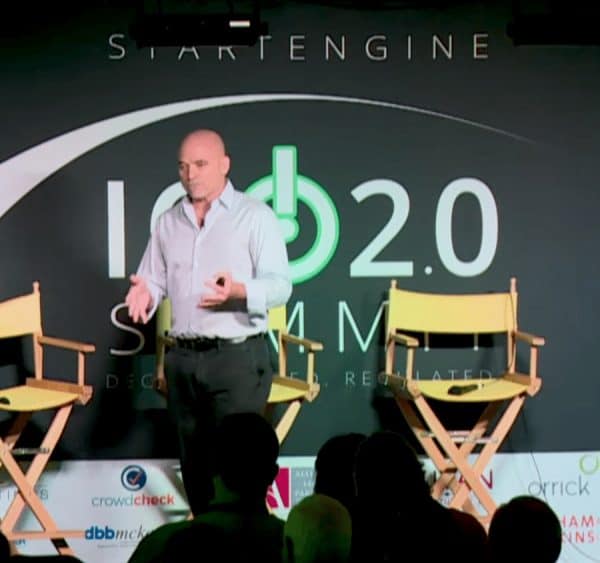 Lou Kerner of Flight VC primed the theme of the day with an ounce of truth by commenting that nobody knows anything. He explained that the ICO and blockchain space is a Cambrian explosion, and that everybody is learning together.

The conference quickly addressed the elephant in the room: when is a token a security? The overall consensus of panelists was that we don’t quite know yet, that most tokens—even if they have utility—are likely securities, that we must wait for the SEC for more guidance, and that most law firms were treating most ICOs as a security. The pallor of Chair Clayton’s remarks from a few days prior were the talk of the room, in which Mr. Clayton remarked off-script;

“I have yet to see an ICO that doesn’t have a sufficient number of hallmarks of a security.” 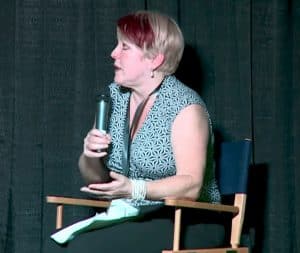 Concerned audience members eagerly asked the expert panelists whether there was ability for a company that did unregulated ICOs to come into the fold and now adhere to regulations. Crowdcheck CEO and prominent securities and crowdfunding attorney Sara Hanks gave the straight answer: That although anything is possible, its very expensive.

“[Startups] think its easier to get forgiveness than permission. No, it isn’t, not when the SEC is involved. One thing to consider is whether you need to do a rescission offer.”

Other panelists mentioned rescission offers (which is basically the undoing or reversing of an investment), and stressed their difficulty and rarity. Most attorneys on the panels had never done one, and the only example they could think of was Google’s rescission offer at their IPO.

Sara Hanks also reminded the audience that there are also laws and regulations around marketing. For example, if a celebrity or anyone (including through bounty campaigns) is promoting an ICO, they are a stock tout and must disclose their compensation, whether in tokens or fiat, in every communication. They may also run into broker dealer issues if they’re taking compensation based on the amount of money raised. The SEC warned against promoter activity earlier this month. 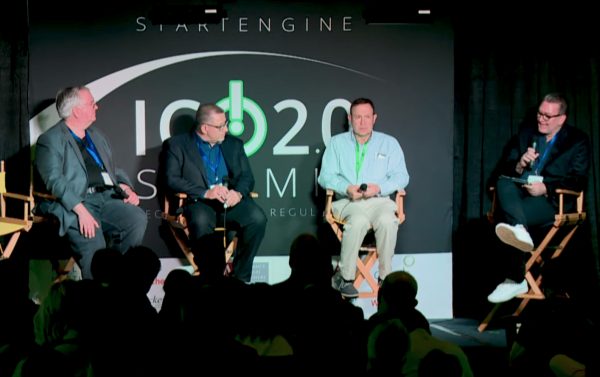 Managing Partner of Ark ICO Advisors Richard Titus reminded the audience that “legal memos and legal opinions are not the same. An opinion is a lottery ticket–if you get sued or regulated by the SEC, CTFC, or someone else, you can then go sue your law firm for giving you bad advice. It doesn’t actually save you.”

The panelists covering the consequences of unregistered ICOs spelled out sobering news. Under Section 5, the SEC has a big arsenal of things they can throw at you: temporary restraining orders, injunctions, civil penalties, rescission, etc. Other agencies (i.e. IRSA) have their own punishments for violation of other laws, and the Department of Justice could also throw you in jail. As attorney Nancy Wojtas warned audience members; 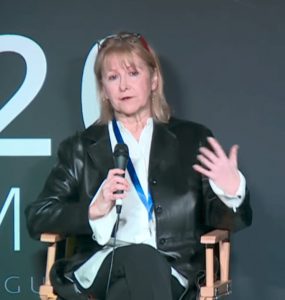 “being involved in an SEC inquiry or formal investigation is like living in hell without dying. [and if you find that] the SEC emails or calls, one should reply ‘we will answer your inquiry as soon as we get counsel.’ How they treat you depends on how you act. But remember there are no “off the record” conversations with the SEC. That’s how Martha Stewart got in trouble.”

Interestingly, panelists differed as to who they thought would be the target of enforcement actions. Nick Morgan of Paul Hastings, a securities defense attorney, thought the first actions would be easy targets, like repeat offenders. Nancy Wojtas of Cooley and former counsel to the Chairman at the SEC, thought that the SEC would find a utility token that is slightly marginal and go after them to establish a position on a utility token.

Another key takeaway for participants was the distinction amongst different types of regulators. Stephen Obie, Partner at Jones Day and former Acting Director of the CFTC’s Division of Enforcement explained “With the CFTC, only two things aren’t commodities: onions and movie futures. [The SEC and CFTC] are almost like rivals. [I think] we will see a narrowing of the CFTC’s jurisdiction.”

“We have spent a ton of time [thinking about token economics]. Nobody is good at it. One thing that’s hard here is that you build a thesis around an economy and then you lock it into a token, and then you put it to this autonomously operating network, and then you pray to god your logic was right. [People ask] ‘well if you run out of that token, can’t you just issue more?’ and the answer is ‘no.’ That’s the point. And they ask ‘What if [the token issuers are] wrong?’ and I’m like ‘Yea, it could be really bad actually.’ Most of these entrepreneurs we talk to write these fabulous white papers and are so enamored with their concepts, and I say, ‘Imagine 50 million people use your token or product, what does it look like now’ and they say ‘well we think it’ll work.’ [Architecting good token economics] takes melding of minds of economists and game theorists to spend time with architects […] Most [master architects] have not architected what this actually looks like, and suddenly ICOs become a fast way to make money. All these people jump into it, but it doesn’t mean the company or economy will work at scale. There are few people we can turn to to validate that because it’s very hard thinking that a lot of people aren’t doing.” 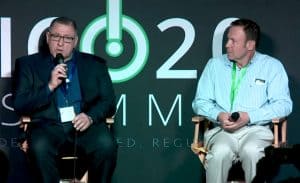 Token economics and governance is a topic that I personally don’t think the community has discussed enough.

Several panelists reminded the audience that securities laws are not the only laws issuers should be aware of. Privacy laws, for example, are one important factor of ICO and blockchain-related companies. With everything on an immutable blockchain, privacy laws get called into question, especially in jurisdictions like the European Union, which has its GDRP framework. And, of course, no one can escape the tax man. Whether a token is a security or utility makes a huge tax difference. As a security, proceeds from token sales are not taxes, whereas as a utility, proceeds from token sales need to pay income tax. And to make it all more fun, the SEC and IRS could disagree as to the tax treatment.

You can watch the full 8 hour Summit here.

Note: I started a Linkedin and Facebook group on this topic a few weeks back if you’re interested in it

Amy Wan, Esq.CIPP/US, is a Senior Contributorto Crowdfund Insider.  Amy is founder and Chief Legal Hacker at Sagecoin, a Bootstrap Legal Legaltech blockchain project, and is a consultant with ICOinvestor.tv. She has authored many legal publications, including the upcoming Bloomberg Law ICO offering practice guide. Amy was previously Partner at a law firm that specialized in crowdfunding and syndication law, and was the General Counsel of a real estate crowdfunding platform. She has been named one of ten women to watch in legal technology by the American Bar Association Journal in 2014 and was Finalist for the Corporate Counsel of the Year Award 2015 by LA Business Journal. She is the founder and co-organizer of Legal Hackers LA.