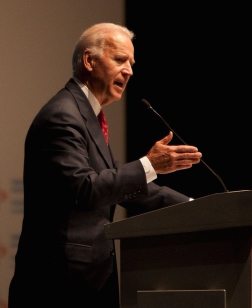 Yesterday, the Democratic members of the Committee on Financial Services, led by Chairwoman Maxine Waters, published a letter addressed to President-elect Joseph Biden demanding that the incoming administration should prioritize the elimination of certain rules and regulations on day one of his presidency.

In a release, Chair Waters stated:

“As you begin to carry out the mandate given to you by the American people to restore trust in the federal government, I would like to highlight several areas where you and your team should immediately reverse the actions of your predecessors.”

The list is quite long and extensive so there is a lot to unpack here. But a good number of the Democrats’ demands will impact innovation in financial services.

“Deregulation under the guise of innovation is a bad policy that hurts consumers and must be rejected. In addition to rolling back rulemakings on the so-called “true lender” and “valid-when-made” doctrines, your prudential regulators should impose a moratorium on approving any deposit insurance application for an Industrial Loan Company (ILC) until the loophole that allows for a lending institution to be exempt from consolidated supervision and other requirements of the Bank Holding Company Act is addressed.”

The document also warns that the Securities and Exchange Commission “stripped away fundamental investor protection” including access to private markets.

The itemized portion includes a long list of rules or regulations that should be rescinded or replaced.

Regarding the Madden v. Midland issue, something that impacts online lenders, the letter says:

“OCC and FDIC issued two similar but separate rules that would effectively overturn the Madden v. Midland court decision and provide that whether an interest rate on a loan is permissible under the Federal Deposit Insurance Act would be determined at the time the loan is made, and the interest rate would not be affected by a change in State law, a change in the relevant commercial paper rate after the loan was made, or the sale, assignment, or other transfer of the loan, in whole or in part. These rulemakings will encourage rent-a-bank schemes, allowing non-bank lenders to evade state usury caps that protect consumers from predatory lending. Consumer groups and several state AGs strongly oppose.”

The Democrats recommend to Rescind.

The Democrat membes request that the regulatory sandbox established by the Consumer Financial Protection Bureau (CFPB) be shuttered as well as it “enables the testing of a financialproduct or service where there is regulatory uncertainty.”

Under the label of Digital Banking, the Democrats request that the incoming administration rescinds the ability of banks to hold stablecoins as well as the authority to provide cryptocurrency custody for customers.

As the Office of the Comptroller of the Currency (OCC) has issued a public notice of proposed rulemaking (NPR) on digital banking the members recommend this be monitored.

Regarding the recent move by the SEC to rationalize the rule on Finders – the Democrats ask that this be reversed. As for the rather small expansion of the definition of an accredited investor, the Democrats request that this be rolled back as well.

While these are only requests that may never happen, it does provide insight into a possible legislative roadmap for the next Congress that will be largely determined by the outcome of the two final Senate elections taking place in Georgia.

You may download the letter here or see it embedded below.