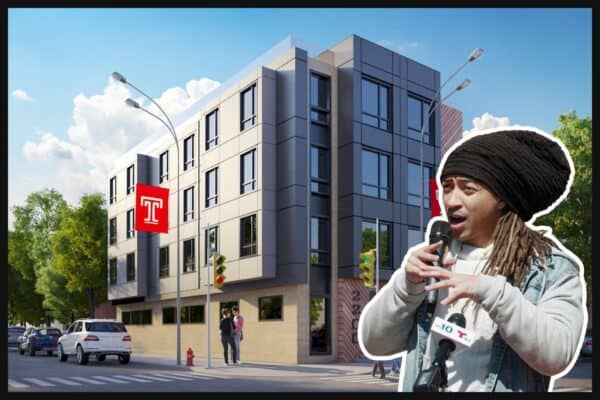 NYCE, a real estate investment platform, has listed its shares on Securitize – a digital securities platform. Over time, NYCE aspires to be the Robinhood of real estate.

NYCE previously raised capital utilizing the Reg CF (Regulation Crowdfunding) exemption, offering investment opportunities on both Wefunder and Republic. NYCE has announced that its first project, TEMPLE I, is trading on Securitize, claiming to be the first “digital liquidity event” for a Reg CF securities offering.

“TEMPLE I is the Phase I development of a 100-bed student housing at Temple University that is being developed by NYCE Companies, Inc. The project consists of a 10,000 square foot coliving in the North Central Philadelphia area, directly across Temple University’s football training field and two blocks away from campus. Tenants will lease individual bedrooms within the coliving apartments.”

NYCE had previously revealed an intent to trade shares on BSTX, a newly regulated exchange, but this did not come to pass. The shares are now live on Securitize, an alternative trading system (ATS), under the ticker [TMPLS].

NYCE CEO Philip Michael said the listing is a huge milestone for this team:

“Allowing a new group of investors to not only invest, but participate on an even footing with the wealthiest 1%.”

TEMPLE I is Phase I of Philicon Square—a 105-unit community for entrepreneurs on the edge of Temple University’s campus—and currently has four leases that occupy the entire 17-unit co-living building.

“One of the big take-aways from the recent spikes and crashes in crypto is that quality matters. Underlying value matters. And tokenization is making it possible for people to fractionally own and, now, trade in real world assets — from real estate to fine art to private equity — which was simply not possible in the past,” said Scott Harrigan, CEO of Securitize Markets.

Harrigan said it is a big deal that NYCE was able to pursue an online securities offering for the TEMPLE I development, and now its shares are available for trading providing a potential liquidity option for investors – as well as an opportunity for new investors to get in.

NYCE states that it has done five real estate offerings utilizing Reg CF since 2020, claiming to be the fastest to sell $1 million in real estate via the exemption.

“Real estate has created more millionaires than any other asset class and also is the number one driver behind the wealth gap,” said Michael, whose past deals are funded by NYCE before being made available to the public. “Our aim is to even the playing field and give investors entry-level access to the same asset classes the wealthy enjoy with as little as possible.”

He added they intent to offer new products and services over time including an “asset backed credit card” expected to be available in 2023.

NYCE reports over 1.2 million community members across its ecosystem.