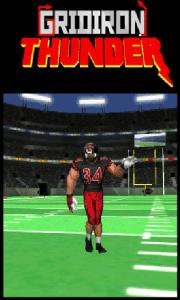 Won ignited a firestorm recently after threatening legal action against a backer via the commenting platform on Kickstarter. This was in the midst of his company’s crowdfunding campaign for Gridiron Thunder, which went on to be fully-funded despite what some claimed were dubious backers.

Gridiron Thunder was a participant in Ouya’s #FreeTheGames fund, which promised to match Kickstarter raises over $50,000 as long as the games that raised the funds promised to be exclusive to Ouya for at least 6 months.

Another participant in the campaign, Elementary, My Dear Holmes, was eventually suspended by Kickstarter, presumably for having backers with fake names. One backer in particular seemed to share a name and a profile picture with a girl that had gone missing.

Andrew Won addressed accusations against his company in an earlier article on Crowdfund Insider.