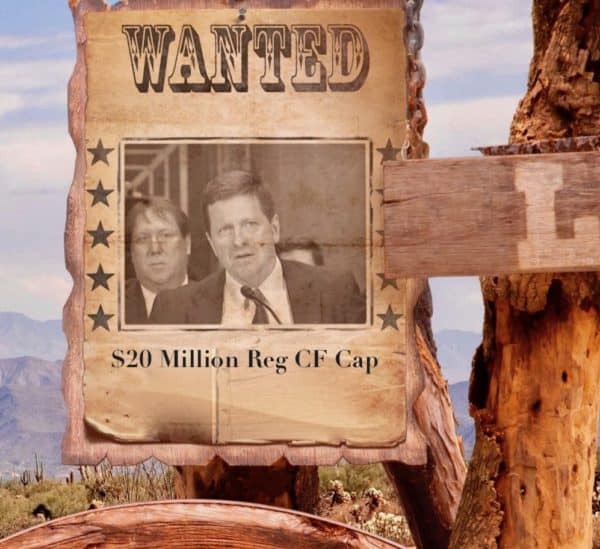 “small businesses are still shut out from equity crowdfunding due to the current regulatory constraints.”

“Raising funds under $20M has become increasingly challenging as Venture Capital/Private Equity has moved upstream over the past decade. Raising the cap will allow issuers that wish to utilize this form of online finance the ability to raise in excess of $1M and tap their local investors without having to deal with the costly, time consuming process of either filing a full prospectus with the SEC or spending hundreds of thousands of dollars on a private offering.“

It was mentioned that both the UK and Germany  allow crowdfunding issuers to raise more online than in the US (up to EUR 8 million).

Presently, the Reg CF cap stands at just $1.07 million an arbitrary limit set in a day when many startups are raising much more in their seed funding round – not to mention growth stage funding. 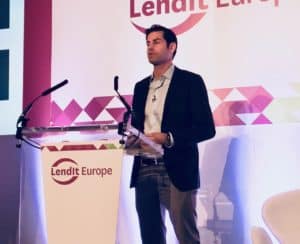 Today, in a letter signed by SeedInvest CEO Ryan Feit, he explained that great strides have been made to launch an entire industry on the back of historic changes to securities law, but as an industry there is still much work to do. Calling the current regulatory untenable, Feit then outlined the intrinsic problems of Reg CF – the securities exemption that was supposed to solve much of the SME funding needs;

Feit also mentioned the Department of Treasury Report published in the Fall of 2017 entitled “A Financial System That Creates Economic Opportunities – Capital Markets.” Treasury said the cap on Reg CF should be increased noting;

“Participants cited regulatory constraints, such as disclosure requirements and issuance costs, as well as structural factors, such as the challenges associated with having a large number of investors, as potentially limiting the use of this capital raising method. Some participants also expressed concern that unless crowdfunding platforms can demonstrate clear advantages relative to the ease and availability of private placements, such as meaningfully increasing the amount of investor capital available from unaccredited investors, crowdfunding may lead to adverse selection where only less-attractive companies pursue funding from less sophisticated investors, who may lack the expertise to properly evaluate such investments.” 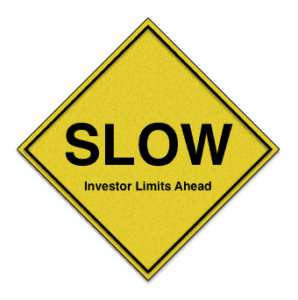 In the many months that have passed since the Treasury report was published apparently little has been done at the Commission to address the well known shortcomings of Reg CF – the securities exemption that was hoped to fuel the next generation of innovative young firms.

Chair Clayton has consistently stated that one of his top priorities during his tenure at the Commission is improving the ability of smaller firms to raise the growth capital they need to succeed. Addressing the limitations intrinsic to Reg CF would align with these personal goals. So why would the SEC NOT raise the limit, something the Commission apparently has the power to do. That is not clear as the arguments in favor of raising Reg CF appear to be solid and the SEC has not voiced its opposition nor its justification for not actively pursuing the Treasury recommendations or those of industry participants. Silence speaks volumes.

The SEC has an opportunity to lead where empirical data provides guidance to the steps necessary to improve Reg CF. Hopefully, the Commission will act, or at least speak up, as the responsible sector of government that has jurisdiction over this matter.

A Change.org Petition has been started to help encourage the SEC to act and improve Reg CF. You may support the movement here.