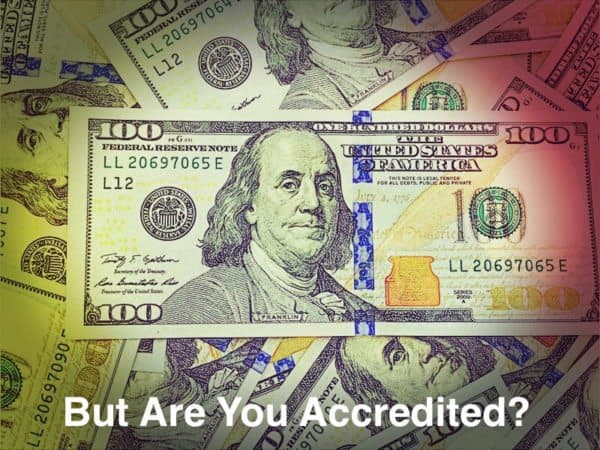 Later this week, the Securities and Exchange Commission (SEC) will update the definition of an Accredited Investor – a rule that has been in place for decades. An open meeting of the Commission is scheduled for Wednesday, August 26, 2020.

The current rule allows individuals who earn over $200,000 a year or have a net worth of $1 million (minus the value of one’s primary residence) to participate in certain exempt securities offerings. If an individual is married, the salary hurdle is increased to $300,000.

The rule applies to Reg D offerings – the securities exemption that just about every early-stage venture utilizes when they are seeking growth capital.

The market for Reg D offerings is huge. In fact, it is far bigger than initial public offerings in the US. The SEC’s Office of the Advocate for Small Business Capital Formation (OASB) published a report not too long ago indicating Reg D 506b (no general solicitation) is an annual market of around $1.4 trillion. Reg D 506c, the crowdfunding iteration, adds another $210 billion to that amount.

Clearly, the Reg D market is booming and vitally important in supporting emerging firms, entrepreneurial startups and the overall economy. Just about every company you can think of that emerged in the past few decades utilized Reg D to raise funding from VCs, wealthy individuals, or institutions prior to going public.

The first rule for any policy change is to do no harm so any adjustment to the definition of an Accredited Investor must keep this in mind. The conventional wisdom is to not touch the current wealth metric at all. But under the law of unintended consequences, harm has been done to the public markets in other ways.

The rule upon regulation approach foisted upon publicly listed firms has stifled this market. While policymakers have added a litany of compliance requirements for public firms, the cost to both go public, and remain so, has skyrocketed.

It should come as no surprise that fewer and fewer companies are seeking out a public listing. The compliance toll booth is expensive and never-ending as legislation adds complexity along with more disclosure mandates for any company willing to go down the public path.

In fact, in 1996, there were 8090 publicly listed firms. Jump forward a few years to 2018 and that number has nearly been cut in half (4397). This is according to a report delivered to the SEC’s Small Business Capital Formation Advisory Committee Meeting. While public markets have grown in overall value they have become dominated by the biggest firms.

While some people are of the opinion that all of this is just fine, it also means that the bulk of the population has been disenfranchised from a huge sector of capital markets. While the “Accredited” population has the option to invest in Reg D offerings, the vast majority are blocked from participating in some of the most promising young ventures around.

Opponents of allowing more people the option to invest in Reg D securities believe that it is the government’s responsibility to protect people from themselves. Investing in early-stage firms is exceptionally risky. Many, if not most, young firms fail. A successful VC generates returns on the very few investments that make it big while the bulk may fail or just stumble along. But this is how innovation and entrepreneurship works. Risk-takers strive to become the next big thing and investors join along for the ride – hoping they will get it right.

But the current definition misses the mark. The wealth metric is a simple tool that measures the wrong criteria. It is based on the size of an individual’s bank account and not the ability to determine risk.  It should be obvious to all that a sophisticated individual, one with relevant education or experience, is in the best position to evaluate investment risk. It is not just about the possibility of taking an economic hit. It should be about the fairness of choice and opportunity for any investor able to determine affiliated risk and comprehend the investment.

At the end of 2019, the Commission proposed a set of changes to the current definition of an Accredited Investor that includes a sophistication qualification but any final update remains unknown until the Wednesday meeting. The proposed changes have been open to feedback and commentary from the public with many individuals supporting a change and a few being against any expansion of the rule. 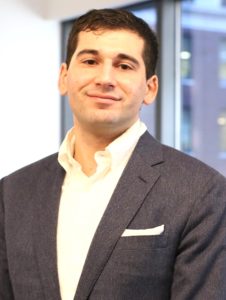 Recently, Crowdfund Insider spoke to Maxwell Rich, Deputy General Counsel of Republic, a leading securities and digital assets crowdfunding platform. Rich believes that the Commission should keep the income and net-worth standard but add a reasonableness test too.

“The Commission should follow through on its proposal from [late last] year to expand the pool of “accredited investors” to capture those who can bear [the] financial risk as well as those who are currently excluded due to their income or net-worth but can fend for themselves due to their sophistication. The current definition unfairly excludes these persons from investment opportunities which have proven to have substantial return opportunities and are not available to the general public unless their sponsors wish to use a platform such as Republic’s,” stated Rich.

He explained that the definition of Accredited Investor was born from the famous SEC v. Ralston Purina case of 1953, which highlighted that the Commission should look to; “… whether the particular class of persons affected needs the protection . . .” of the Securities Acts.

Upon adoption of the modern definition in 1987, it was stated that it was “intended to encompass those persons whose financial sophistication and ability to sustain the risk of loss of investment or fend for themselves render the protections of the Securities Act’s registration process unnecessary.”

Rich said that unfortunately, the Commission has introduced and tweaked the current codified definition, to focus on wealth and ability to accept a financial loss, rather than the ability to manage one’s own finances and investments.

“It is my hope and the hope of many in the crowdfunding and online capital formation space that the Commission will steadily identify and “promote” classes of investors to this status over time. For example, we recently advocated that Chartered Financial Analysts (CFAs) be considered per se accredited due to the rigorous education they have to undertake with respect to capital markets,” added Rich.

While Rich is hopeful that the Commission will make the right decision and allow individuals capable of making their own investment decisions to do so under Reg D, not all are as optimistic.

In January of this year, Scott Purcell, CEO of Prime Trust, hammered the SEC’s proposed update to the Accredited Investor definition as stating “it still remains policy that only rich people are permitted to get rich.”

While it is without a doubt that come Wednesday, the Commission will make a change, we will only know exactly who will be allowed entry into Reg D offerings and who will remain barred from the biggest exempt securities until after this meeting. Stay tuned.