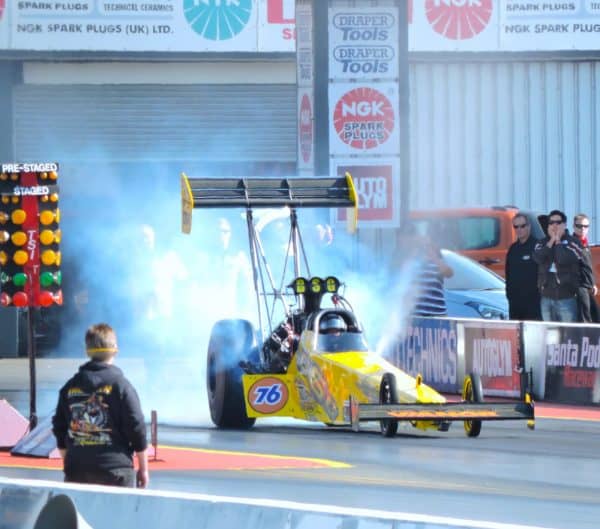 Kadena, the first blockchain tech-focused firm to come out of J.P. Morgan’s Blockchain Center for Excellence, confirmed in August 2020 that they had performed major updates to their scalable layer-1 public blockchain network. Kadena’s developers claim that they have one of the fastest blockchain platforms in the world claiming to be able to process 480,000 transactions per second.

Just this week, Kadena announced the launch of a decentralized exchange (or DEX) called KadenaSwap thus moving firmly into the hot DeFi sector of crypto.

We recently caught up with Kadena Co-Founder and President Stuart Popejoy, who explained how the Kadena platform has been developed to support various decentralized applications (dApps) including the latest DeFi apps.

Crowdfund Insider: Please tell us about the main use cases for the Kadena platform.

Stuart Popejoy: Kadena is a hybrid platform consisting of the Kadena public blockchain and the Kuro permissioned network with the Pact smart contract language as the bridge for building apps. As an integrated platform, Kadena allows decentralized application (dApp) projects to leverage blockchain without being limited in features by needing to choose public vs. private. 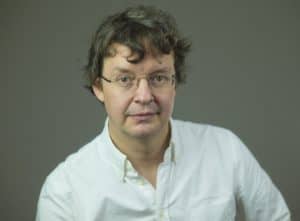 For instance, counterparty confidentiality is very important for some private use cases. One in progress example on our platform is a co-insurance marketplace app where a lead underwriter can syndicate policies to follower underwriters. Kuro supports on-chain encryption that ensures only counterparties included in a given policy can see that policy’s data. That type of safeguard isn’t possible on a public blockchain.

Meanwhile, another use case is the COVID-19 test tracking app developed for our public blockchain to process QR codes. In this case, the app tracks the provenance of testing kits, getting value-add out of the QR codes existing on a public blockchain where they can be independently verified.

I think the hybrid use cases are some of our most interesting, like what Kadena is exploring with USCF in bringing ETF-like securities to the public blockchain. There, the existing issuance and Know-Your-Client infrastructure is replicated on private blockchain, with the ability to “flip” the issued security to a public token for trading in global markets.

Finally, decentralized finance (DeFi) on the Kadena public blockchain is a natural fit, as it can continue to offer the security and decentralization of Proof-of-Work like Ethereum does today, without the congestion or scaling limitations.

Crowdfund Insider: You’ve announced that your team members are developing Kadenaswap. Please explain how this project will be beneficial to the DeFi and larger blockchain ecosystem?

Stuart Popejoy: Kadenaswap will necessarily be a multi-chain exchange, because of the inherent structure of the Kadena public blockchain, which is a sharded multi-chain layer-1 Proof-of-Work network. On a single chain, Kadenaswap will operate similarly to Ethereum, but on multiple chains. Kadenaswap will run on a dynamic and scalable multi-venue trading infrastructure that can handle any load.

Also, we have efforts underway to build decentralized bridges to allow protocols like CELO and DAI to be accessible on the Kadena platform, so it’s only natural that we have a decentralized exchange to trade with those protocols.

Finally, as our smart contract technology Pact exists on Cosmos and is coming to Polkadot, eventually Kadenaswap venues can run on those networks too, as the first multi-platform DEX.

Crowdfund Insider: Many other blockchains have been launched in order to address major problems (e.g. high gas fees, lack of scalability) with the current version of Ethereum.

Stuart Popejoy: It is certainly what we built the Kadena hybrid blockchain platform for, which sounds obvious, but there is more to it than meets the eye. For instance, Bitcoin has a strong value system that wants block sizes to be small so that a node can be run on an average computer, and Ethereum’s gas model heavily penalizes data storage.

In contrast, we welcome large data loads — by launching with 10 chains we fully planned for utilization to result in a large amount of data, and with 20 chains that capacity only increases. Yet, it is laughably small by web-scale standards. Storage is cheap in the 21st century so why charge huge amounts of gas for it?

It is also why we stuck with Proof-of-Work as our base technology for the Kadena public blockchain while using “secure RAFT” consensus for the Kuro permissioned network. Responsible engineering seeks to make iterative changes to proven technology.

Indeed, Bitcoin and Ethereum are the most resilient server apps in the world that “just work” no matter the competence of a given node operator. We want to bring that rock-solid resilience to enterprise, and improve it for all crypto use cases.

Crowdfund Insider: During our conversation, we both agreed that, fundamentally, proof of work-based consensus algorithms are arguably more secure and can lead to decentralized (or as close as we can get to being decentralized) solutions.

Tell us how you managed to develop a scalable proof of work blockchain. What were some of the challenges you faced and what are some of the current milestones you are trying to achieve?

Stuart Popejoy: Our journey to scalable Proof of Work started with our Pact smart contract language, which has features to make cross-chain transfers easy (that’s how users move coins across Kadena chains today). We were trying to support swaps between say BTC and KDA (the Kadena token), but a big problem with making these swaps trustless and automatic is the need for an oracle of chain history.

However, if both chains were for just KDA, you could make each chain an oracle of the other chain by “weaving in” its merkle roots into your own. Indeed, this was a proposal for Bitcoin back in 2014 for enhanced security, as two interweaved chains are more secure than one, in addition to offering twice the throughput. From there it was leveraging graph theory to make a stable layout of chain connections to go from 2 or 3 chains to 10, 20, or 1000.

We just passed a large milestone which was to scale the network from 10 to 20 chains in live production. Milestones in the future include making the nodes operate as a service architecture. While 20 chains fits easily on a single AWS node, 1000 chains will probably require more CPU than one box can offer.

Interestingly, in the future node operators may not even want to run every chain, as there could be “neighborhoods” of sub-networks specializing in DeFi, analytics, or data storage. Blockchain will one day be an industrial-scale technology so we want our technology to be ready for it.

Crowdfund Insider: What does your project’s roadmap look like for the rest of this year? What about in 2021?

What do you anticipate in the next 5-10 years as far as blockchain tech adoption?

Stuart Popejoy: Looking ahead, expanding upon the announcement of Kadenaswap, we’re orientating our project towards DeFi. For example, creating bridges to other networks such as Ethereum. We also look forward to engaging with other DeFi projects on collaborations, specifically regarding interoperability, which benefits all blockchain ecosystem participants.

I think a big thing coming for blockchain is when the technology finally realizes a concrete advantage for enterprise. When my co-founder Will Martino and I were working at the JP Morgan blockchain group, the promise of blockchain for enterprise was a no-brainer. Blockchain is a technology that can allow independent and even adversarial firms to be able to interact on a shared platform robust enough to prevent any data corruption or malicious tampering. The potential cost savings alone for so many industries is immense.

Less mentioned but equally valuable is the nature of smart contracts as “hot-deploy” technology solutions where the network is already there so you just deploy the app. Portals like Salesforce offer this but in a walled, opaque garden where you’re blindly trusting their infra capabilities, whereas a real blockchain combines robust resilience with total transparency of consensus.

The combination of these two features — incorruptible shared data, hot deploy of apps, unmatched resilience — will eventually transform enterprise applications. It’s just taking longer than any of us imagined it would to reach broad business adoption.