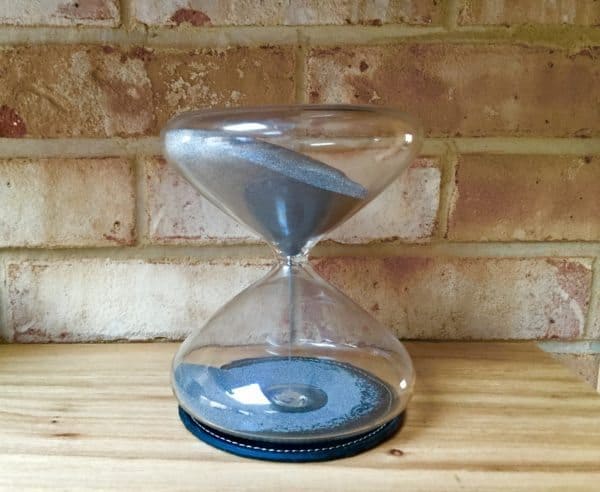 Nate Maddrey and the Coin Metrics research team notes in their latest State of the Network report that the cryptocurrency markets plummeted again this last week after more news surfaced about stricter Chinese regulation, including the People’s Bank of China (PBoC) instructing the nation’s financial institutions to stop facilitating crypto transactions, along with a Huobi derivatives ban.

The digital asset markets have now been declining for nearly 7 weeks straight after the beginning of this current crash on May 12, 2021.

Coin Metrics further noted in its report that prior to 2021’s run, crypto had gone through two “major” bull cycles, the first one back in 2013, and then again in 2017. As mentioned in the report, patterns have now been emerging during these years, and “looking back at historical data can give some insights into current market conditions.”

The Coin Metrics team clarified that we must realize that every cycle is “ultimately unique.” Given the small sample size, “it’s impossible to make predictions about exactly where we go from here. History does not repeat itself, but it often rhymes,” according to Coin Metrics.

The report also mentioned that every 4 years, Bitcoin’s supply issuance has been algorithmically programmed to decreases by 50%. There’ve been 3 of these halvings so far, with the most recent on taking place on May 11, 2020.

As noted in the report, on-chain data has “historically helped shed light on these market cycles” and using their past data, market value to realized value (MVRV) has been “one of the most reliable on-chain indicators of bitcoin market tops and bottoms,” Coin Metrics wrote in its report.

As noted by Coin Metrics:

The current free float MVRV is 1.38, Coin Metrics revealed while noting that it has not yet “dipped below 1 following the crash in May, although it has been trending in that direction.” But even if it does drop below 1, “there’s a silver lining: the times MVRV have dropped below 1 have historically been the best opportunities to accumulate BTC.”

“Spent Output Profit Ratio (SOPR) gives another vantage point into bitcoin market cycles. SOPR is a ratio of bitcoin’s price at the time UTXOs are spent to its price at the time they were created. It acts as a proxy for gauging whether holders are selling at a profit or at a loss. A SOPR below 1 indicates that investors are selling at a loss, while above 1 indicates they’re taking profits.”

Coin Metrics also mentioned that SOPR (30-day average) fell below 1 on June 5, 2021, suggesting that certain investors are now beginning to capitulate and actually “selling at a loss.” Historically SOPR “dropped below 1 between each past cycle, but it also briefly dropped below 1 between the two 2013 peaks,” the report added while noting that there have also been “some black swan events where SOPR has temporarily dropped below 1, like the March 2020 crash following the onset of the pandemic.”

“Historically, short-term supply movement has peaked during market cycle tops. For example, in December 2017, over 32% of BTC supply had moved on-chain within the previous 90 days as the price of bitcoin neared $20,000. By August 2018, the proportion of supply moved within 90 days had dropped to about 15%.”

The company further noted that during the 2013 and 2017 crypto market bull runs, the “percent of short-term held supply (held for 180 days or less) reached about 50% which coincided with market tops.” Periods where long-term held supply “has reached over 60% have typically been good times to buy,” the report revealed.

The report pointed out that during this run, “the supply of BTC held for 180 days or less peaked at about 38% on April 30th.” This could be “an indication that there are more long-term holders this time around, and that the price action has been more short-term driven,” the report added while noting that it may also “potentially indicate that the cycle hasn’t yet reached its peak.”

IT'S OFFICIAL: yesterday (june 27 2021), saw the slowest #bitcoin blocks in TEN YEARS (since 2010). blocks times avg. 23min, instead of the target 10min. the latest "china ban" is the most disruptive action the bitcoin network has ever faced, but it will survive, adapt, thrive 👇 pic.twitter.com/vEMR1zlDHx

The report added that the average time between Bitcoin blocks “reached about 23 minutes on June 27th (more than double the target block time of 10 minutes), its highest level in over 10 years.”

“There’s natural variance in block times – Bitcoin blocks are designed to be mined every ten minutes on average but it’s just a target, not a guarantee. In reality the time between blocks fluctuates above and below ten minutes and differs from block to block, and it’s possible that the spike was due this natural fluctuation. But there’s also a possibility that the large increase in average block time is more evidence that Chinese miners are temporarily shutting down their operations and migrating en masse.”

The report added that after the crackdowns from the Chinese government, Chinese miners have been “actively moving and searching for other locations abroad to set their operations back up.”

While the Bitcoin Hashrate has been falling in the short-term, it “should bounce back once miners start to power back up in their new locations,” the report’s authors predicted while noting that over the long-term “this mass migration will help Bitcoin hash rate get further distributed around the world, and remove the previous concentration in China.”

As stated in report:

“As of Monday afternoon, the average block time had dropped back down below 20 minutes. Although still abnormally high, it appears to be trending back towards normal levels. Despite the relatively extreme conditions, the Bitcoin network was designed to be able to withstand these types of sudden changes in hash rate. Following Bitcoin’s next difficulty adjustment in about 5 days block times should return back to around 10 minutes.”