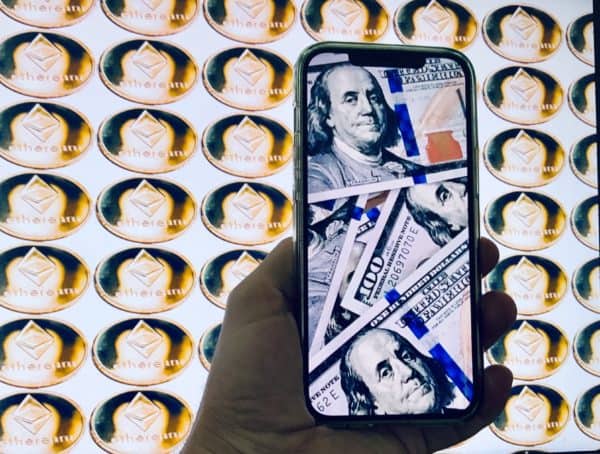 The team at Coin Metrics, including researchers Nate Maddrey and Kyle Waters have released their State of the Network Q3 2021 wrap-up report.

In the latest edition of the State of the Network report, the Coin Metrics team has taken a data-driven look at what they consider to be crypto’s “biggest” storylines of Q3 2021.

After a market wide crash to end the second quarter of 2021, the cryptocurrency market turned back around in Q3. Bitcoin (BTC) and Ethereum (ETH) both “finished the quarter in the green with BTC up by 32.55% and ETH returning 43.82%.”

Although Bitcoin and Ethereum had fairly positive quarters, the “big winners” in Q3 were newer protocols, with smart contract platforms “having a particularly strong quarter,” the report from Coin Metrics revealed. It noted that Solana (SOL), Avalanche (AVAX), and Terra (LUNA) all finished up at least 300%. Polkadot (DOT), Cosmos (ATOM), Algorand (ALGO), and Tezos (XTZ) all also had “strong quarters, all up at least 90%.”

The report added that Ethereum had “a burst of new user adoption in Q3 largely thanks to the rapid rise of NFTs.” But it also “suffered from record high transaction fees throughout 2021 including a total of $1.96B worth of fees in Q3 alone.”

“Competitive smart contract platforms like Solana and Avalanche appear to have benefited from this, as users searched for lower-fee alternatives to Ethereum. For example, SOL price surged to close to $200 in early September as ETH mean transaction fee topped $55.”

However, the Ethereum community has also been “hard at work addressing scalability issues. Q3 2021 saw the launch of several layer-two (L2) scalability solutions for Ethereum, including Arbitrum’s mainnet launch at the end of the quarter.”

“Following the start of a cryptocurrency crackdown by the Chinese government in May, BTC dropped as low as $29.8K in July. After the crackdown, Chinese miners began to migrate out of the country to relocate their operations in friendlier jurisdictions.”

Because of the (previously) high concentration of hash power (amount of computing power securing a blockchain network) in China, the miner migration “caused Bitcoin’s hash rate to temporarily drop to its lowest levels since late 2019.” However, the hash rate began to “climb back up starting on July 1st, and is now back to about the same level as the start of the year.”

The report also noted that after a rebound during the summer, the market briefly came “crashing down again in September.” As bullish sentiment began to take back over, ETH futures open interest “climbed back towards an all-time high.”

On Tuesday, September 7, 2021, an unexpected price drop “triggered over $2B worth of liquidations, sending the market spiraling downwards.” But after the crash the market has mostly “re-stabilized going into Q4, with BTC pushing back towards $50K,” the Coin Metrics team noted.

The report also mentioned that NFTs had “a massive quarter and were undoubtedly one of the biggest storylines in Q3 in crypto.” NFT activity managed to far-outpace levels from earlier in 2021 and has “surprised even the most deep-seated individuals in the Ethereum ecosystem.” The report added that there were “a total of 9.88M transfers of ERC-721 tokens on Ethereum in Q3, a 305% increase over the 2.44M in Q2.”

The report from Coin Metrics further noted that the signs of institutional NFT interest “emerged in the markets for blue chip projects such as Art Blocks and CryptoPunks during Q3.” On July 30, 2021, a pseudonymous buyer “purchased 104 of the lowest priced CryptoPunks (the “floor”) in a single Ethereum block for $7M.” On August 23, 2021, payments giant Visa “purchased a CryptoPunk sending the average price for CryptoPunks from ~$200K to $480K (trailing 500 sales average) within a week.”

“Corroborating the on-chain data, Google search interest for ‘NFT’ in Q3 also topped levels from late March/early April. However, there are some signs that the NFT market might be cooling off just a bit, perhaps as a result of heightened fees on Ethereum.”

The success of NFTs was “a boon for ETH adoption in Q3 but likely was a key contributor to high network fees.” However, with Twitter previewing NFT profile verification “for its 206M daily active users, NFTs could see yet another surge in Q4.”

“Amidst the backdrop of JPEG summer, Ethereum implemented long anticipated changes to its fee mechanism. Launched on August 5th, EIP-1559 split ETH fees into two components, a base fee which is burnt (removed from circulating supply) and a priority fee (miner tips). With over 406K ETH burnt during Q3 ($1.35B), the introduction of the burnt base fee has had a large impact on ETH’s macroeconomic policy.”

The report pointed out that daily net ETH issuance has “come down and there have been 3 days so far with negative (deflationary) issuance.”

Going into Q4 2021, regulators from across the globe are “turning their attention towards crypto.”

China continued its cryptocurrency crackdown to close out the third quarter, the report noted while adding that on September 24, 2021, China’s central bank “declared all cryptocurrency activity illegal including offering trading, order matching, and token issuance services.”

China-based exchanges Huobi and OKEx were “hit particularly hard as investors rushed to exit before the impending crackdown.”

On September 26, 2021, Huobi announced that it will “cease all activity for users from mainland China by the end of the year.” Huobi had “a net outflow of $1.34B worth of ETH (440K ETH) on September 26th, by far its largest ETH outflow to date.”

The US government has also started to increase its regulatory efforts, the Coin Metrics report noted while adding that SEC chair Gary Gensler has “compared crypto to the Wildcat banking era of the 19th century and has also narrowed in on DeFi and stablecoins.”

Stablecoins had a huge quarter amongst the volatility of Q3, “with USDC supply increasing by over 4 billion and Tether supply increasing by about 7 billion.” However, the supply of HUSD (Huobi’s stablecoin) dropped by around 250 million because of the lack of regulatory clarity surrounding Huobi.

With a Federal Reserve report on central bank digital currencies (CBDCs) reportedly coming soon, “stablecoins will likely continue to come under scrutiny in Q4 as more regulators and policymakers focus on crypto.”

Although market capitalization and hash rate had rebounded during Q3 “some of the other major on-chain metrics declined from Q2.” During the course of Q3 BTC “averaged 849K daily active addresses, down about 15.15% quarter-over-quarter.” ETH “averaged 558K daily active addresses, down 21.4%. BTC had a total of $888B of adjusted transfer value during Q3 while ETH totaled $729B, both down from Q2.”