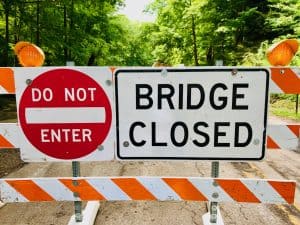 US-based digital asset firm Coinbase Global Inc (NASDAQ: COIN) confirmed that it would continue to block accounts and transfers of Russian customers targeted by US and EU-led sanctions. However, the crypto exchange has stopped short of banning all customers from Russia

As reported by Reuters, a Coinbase spokesperson noted that at this time, they will “not institute a blanket ban on all Coinbase transactions involving Russian addresses.”

Binance, the world’s largest digital currency exchange, has also stated it will not be freezing all Russian accounts. This, after Ukraine had asked large virtual currency trading platforms to enforce a complete ban.

Western nations such as the US and the UK have imposed extensive financial sanctions on Russia for invading Ukraine (a move that was premeditated and unprovoked). As widely reported, large Russian banking institutions have also been shut out of the SWIFT global payments system.

Meanwhile, the overall trading volumes between the Russian Ruble and  stablecoin Tether (USDT) surged dramatically on Monday. This type of trading activity indicates a growing  interest in cryptocurrency among Russian residents after the Western sanctions appear to have taken a major toll on the nation’s currency.

It’s worth noting that the Ruble had fallen to less than a cent (less than $0.01).

The international community (for the most part) agrees that Russia’s war with Ukraine is a human tragedy of epic proportions. It appears that Russian President Vladimir Putin and his advisors have ignored the history of Nazi Germany and pushed forward with an unprovoked invasion that can only end in disaster. The war will gain little or nothing for Russia while destroying the lives of countless thousands in Ukraine as well as in Russia.

CI recently spoke to one US-based Fintech that has (or had) an office in Ukraine with 20 employees. Alchemy, a Lending as a Service (LaaS) provider founded by CEO Timothy Li, who is also a CI contributor, shared how his team was managing the horrifying crisis.

Li told us that their design and engineering center has been in Ukraine for over a year now. He said their staff provides quality assurance and UI/UX design work in addition to operational support.

As of March 1, 2022, more than $36 million has been donated to various Ukrainian organizations, including directly to the Ukrainian government along with non-profits supporting efforts while unprovoked war rages with Russia.

As covered on February 28, the Swiss Federal Council adopted the European Union (EU) sanctions packages of February 23 and 25. The move is designed to remove Switzerland as an option for Russia to evade economic sanctions as Russia continues its criminal act of war against Ukraine.