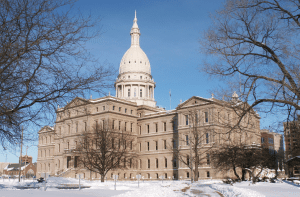 Governor Rick Snyder has signed a Michigan intrastate crowdfunding bill into law according to a news release from his office on Monday. Predictions earlier this year that the bill could become law by the end of the year have come to fruition.

Rep. Nancy Jenkins (R-Clayton), who introduced the bill, explained in an interview with Crowdfund Insider that the work doesn’t stop with the governor’s signature. Focus will  now shift to Michigan’s Department of Licensing and Regulatory Affairs, who will be charged with regulating this new funding ecosystem within the state. City of Adrian economic development coordinator Chris Miller said that he plans to announce one of the first projects to make use of the exemption soon according to Lenconnect.com.

If you’re craving more info, here’s our full timeline of articles covering this piece of legislation…