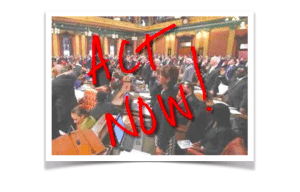 Michigan has been one of the states at the forefront of allowing intrastate investment crowdfunding to occur as Title III retail crowdfunding remains in a regulatory holding pattern.  The state has found capable champions in the legislature and within the business community making crowdfunding a part of their economic policy.  The Michigan crowdfunding exemption was signed into law by Governor Rick Snyder at the tail end of 2013.  The legislation was

introduced by Representative Nancy Jenkins who envisioned investment crowdfunding as a much needed catalyst to aid in the economic recovery of a state that has gone through a difficult decade.

The Michigan Invests Locally Exemption or MILE experienced their very first crowdfunding success this past month as the Tecumseh Brewing Company raised $175,000 from area residents to help finance their young company.  The offer was listed on LocalStake – an investment portal – and the  goal was reached about halfway through the stated campaign period.  Both accredited and non-accredited investors

came together to finance the business.  A total of 21 investors participated with the smallest amount invested being $250.

As part of their economic policy to boost the competitiveness of  their state and increase jobs a new bill creating a local stock exchange was discussed.  Representative Jenkins stated at the time;

“local businesses—the very ones growing the Michigan economy—may not be up to the national stock exchange level, but they are in need of funding just like any business.” 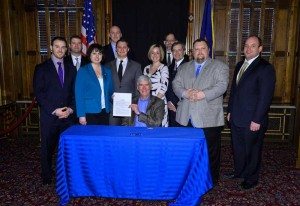 The objective was to give citizens the opportunity to invest in Main Street – not just Wall Street.

“through researching and talking with the SEC and various individuals we discovered the simpler and more appropriate route was to create a new type of “intrastate broker-dealer” under Michigan law that would be titled “Michigan Investment Markets.” These MIM’s will connect buyers and seller of intrastate securities.”

The bill, HB 5273, just passed the Michigan House of Representatives on a vote of 110 – 0 and has now moved on to the Senate Banking and Financial Institutions Committee.  The bill is an amendment of an existing law the Uniform Securities Act of 2002.  A viable secondary market for securities  derived via crowdfunding is a common topic without a national solution as of yet.  While certain to evolve – Michigan has taken it upon themselves to move forward recognizing the profound economic impact crowdfunding may generate for their local businesses.  While liquidity questions remain regarding investments from crowdfunded offerings – legalizing and facilitating their transfer is a vital step.

A growing number of states are pushing forward with intrastate crowdfunding as fears grow the federal exemption will fall flat.  Michigan has pushed their state to the forefront of the issue – proving that a rust belt state can innovate with the best.