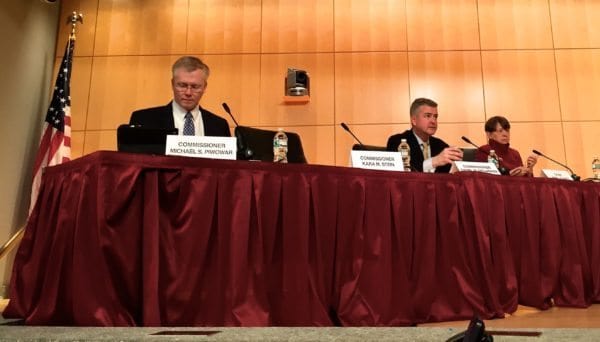 Last week I had the opportunity to attend the 2014 Government-Business Forum on Small Business Capital Formation in Washington D.C. where Commissioner Daniel M. Gallagher gave his opening remarks after the first panel. 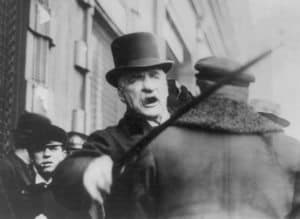 In what I can only refer to as a “mic drop” moment, he brought the audience to instant applause when we proclaimed, in no uncertain terms, that the SEC should not be wasting its time protecting high net worth individual or, as he put it, “Millionaires can fend for themselves.”

For those that do not know, a review of potential changes to the “accredited investor” definition was a primary focus at this year’s forum; being the subject of both a morning expert panel and an afternoon “break-out” recommendation session. The above quote was made during Commissioner Gallagher’s comments concerning the S.E.C.’s current review such changes and the proposal to increase the current benchmark income/net worth amounts. Since I cannot say it any better than he did himself, here is an excerpt of Commissioner Gallagher’s remarks on this issue: 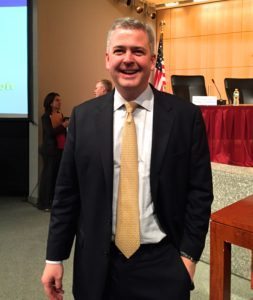 Why should we spend limited Commission resources “protecting” the wealthiest 2-3% of investors in this country? This obsession with “protecting” millionaires—potentially at the cost of hindering the wildly-successful and critically-important private markets—strains logic and reason. Millionaires can fend for themselves. That additional government paternalism could also negatively impact the availability of capital for small companies is a double whammy, and rather than pressing our luck, we should be yelling “stop”—and instead spend our time focusing on actually facilitating capital formation.

I absolutely agree with Commissioner Gallagher in that the current benchmark income/net worth amounts should not be changed. In fact, this was also the unanimous recommendation of the “break-out” recommendation session on this issue in which I participated. Increasing these amounts, in any way, only serves to protect and advantage the wealthiest of investors. Judging by the immediate eruption of audience applause to these remarks, I am obviously not alone in this opinion. 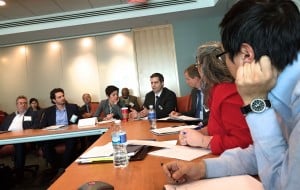 That being said, in a rare moment of disagreement with Commissioner Gallagher’s views, I do think that making changes which will increase, not decrease, the pool of accredited investors IS an issue that the SEC should be taking up. Such changes include, among others, expanding the “accredited investor” definition to include individuals based on certain education/financial sophistication standards independent of such individual’s financial status. This view was shared by many others in attendance at the “break-out” recommendation session as well.

In his other remarks, Commissioner Gallagher touched on some other important issues including: the status of the much-anticipated final Regulation A+ rules and the need for both a secondary private placement trading market and a more liquid market for smaller post-IPO companies. One statement that many of us in the audience were excited to hear is that Commissioner Gallagher “expects” that the SEC will complete its Regulation A+ rule making “in the very near future” (which many anticipate will be in late December or early January).

Commissioner Gallagher’s speech in its entirety is embedded below.