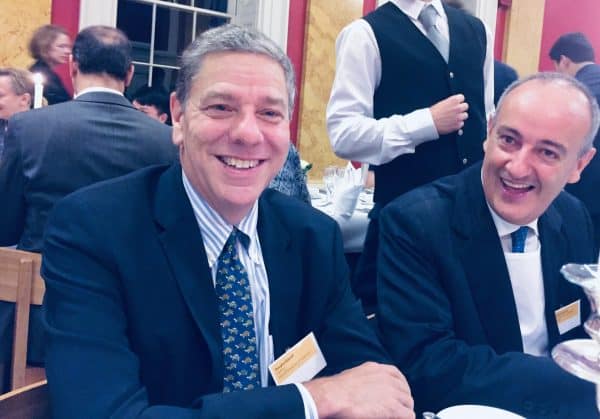 Doug Ellenoff, the Managing Partner of Manhattan law firm Ellenoff, Grossman and Schole (EGS), has been involved with the Fintech sector since the early days of the JOBS Act – the legislation that eventually legalized investment crowdfunding. He is not only deeply engaged with online capital formation but is the founder of several Fintech startups including the recently announced GUARDD – a firm that helps to enable exempt securities to trade on secondary marketplaces.

Additionally, EGS is the leading law firm in the super-hot SPAC sector. As was reported in October, EGS has been involved with 250+ SPACs over the last 18 years, or about half of all such offerings during that period of time.  Last year, EGS was involved with 33 of the 59 SPAC offerings.

So Ellenoff has an interesting perspective when it comes to innovation in financial services as well as the regulatory environment surrounding online capital formation. Crowdfund Insider reached out to Ellenoff for an end of 2020 discussion to hear his thoughts on recent events such as the update to the exempt offering ecosystem recently enacted by the Securities and Exchange Commission. Our chat is shared below.

What are your thoughts on the exempt offering ecosystem updates the SEC completed recently?

Doug Ellenoff: You have to be appreciative of the efforts of the Staff and the increased commitment to expanding the landmark 2012 JOBS Act legislation regarding exempt market capital formation.  There is always going to be a legitimate push/pull within the Agency about the proper balance between capital formation and investor protection but after sorting through the results of these exemptions, public policy considerations, I am comfortable that the 2021 amendments do a better job at finding that balance and will continue to improve our markets.

What about updates to the definition of an Accredited Investor? Finders? Are these material improvements?

These issues in particular have been the subject of annual review and advocacy for years and to see the adoption of these modifications makes me professionally satisfied.  Expanding the pool of investors that may participate in exempt offerings is a much overdue accomplishment and entrepreneurs in search of capital will no doubt have an easier time raising these much-needed funds.

Carving out a role for finders is equally important.  Finders are an acknowledgment of a role that has existed in capital markets on the margin since before I began practicing law.  In fact, I even remember a finders controversy that my father, who was a securities lawyer, dealt with back in 1975.  Good riddance to the issue.

What are your expectations for 2021 in regards to Reg CF? What about the broader online capital formation ecosystem under Reg D, Reg A+?

Doug Ellenoff: Like all relatively new programs, each will find its proper footing and, year in and year out, prove out its own particular utility- and they won’t be the same, although they are often confused as just overall crowdfunding provisions and consequently misunderstood.

Even when you look at this year’s SEC Small Business report, the adoption for these distinctly different exemptions has been quite telling as to the size of amounts raised. No surprise really, [Reg D] 506(c) has been effectively utilized as a funding mechanism in larger capital raises than each of Reg A+ and Regulation CF.  And Reg A+, more than Regulation CF.  But that all makes sense and doesn’t invalidate the usefulness of the other.  Regulation CF has increased its activity level this year and continues to demonstrate its import to smaller entrepreneurs throughout the US. Regulation CF was quite useful during the pandemic and will continue to gain in popularity to the point where the next generation of investors won’t understand what all the controversy was in the first place. 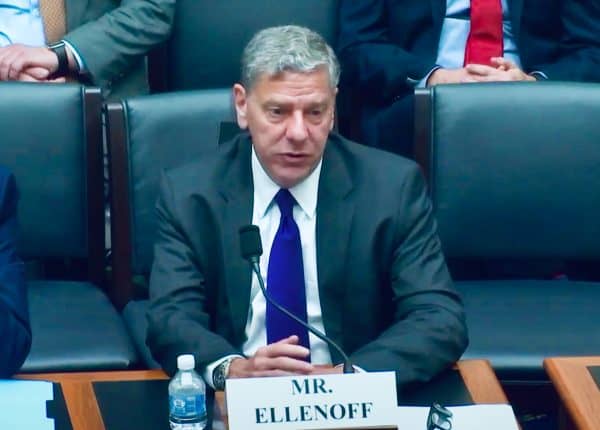 Republic acquired the small business funding portion of NextSeed. There are now around 60 funding portals. Do you anticipate a period of consolidation? Is the industry positioned for sustainability?

Doug Ellenoff: That certainly was an interesting development and the merger of skill sets of the two founders, Kendrick Nguyen and Youngro Lee, will no doubt find a strong joint mission to achieve even better results together.

While there will ultimately be some consolidation, I don’t expect that 2021 will be the year for that, in fact, with the increase in funding caps, I would expect each platform has a much better chance to maintain their independence and remain separate and become a viable platform.

Over the next couple of years as winners and losers sort themselves out is when I’d expect to see greater consolidation.  Right now each platform has the greater ability to scale its operations and enjoy the improved economics of larger fundraises – and they have earned that right and the SEC has tipped its hat to them for their dedication and seriousness of purpose to date by approving the amendments.

SPACs have dominated headlines in 2020. EGS is a dominant operator in this space. What is deal flow like in 2021? Do you anticipate more of the same in the coming year?

Doug Ellenoff: In 2020, EGS will have closed more SPACs for its client base then all of the SPAC industry closed together in 2019 (more than 65 IPOs raising more than $14 billion) and 20019 was an unprecedented year.  So an incredible year.  The lawyers in our firm worked to achieve results that I couldn’t have imagined at the beginning of the crisis, my absolute thanks to all of them and our clients.

What isn’t often appreciated enough though, is that SPAC sponsors who raised these funds have very effectively deployed the funds and announced nearly 100 proposed acquisition/financings this year alone.  The SPAC market will be more than the traditional IPO market this year for the first time, with a narrative in many circles that it’s a better process to the public markets than the alternative.  The momentum coming into the end of the year is much greater than we have ever seen and fully expect the first quarter to be a continued reflection of what we’ve been seeing.  Nonetheless, even if the market cooled off a bit and contracted, the merits of an alternative means of going public has been finally validated 25 years after its introduction.  And then there was that, I didn’t know that I’d witness that in my professional career.  We will eventually see the same for many of the JOBS Act private exemptions, it just takes time. 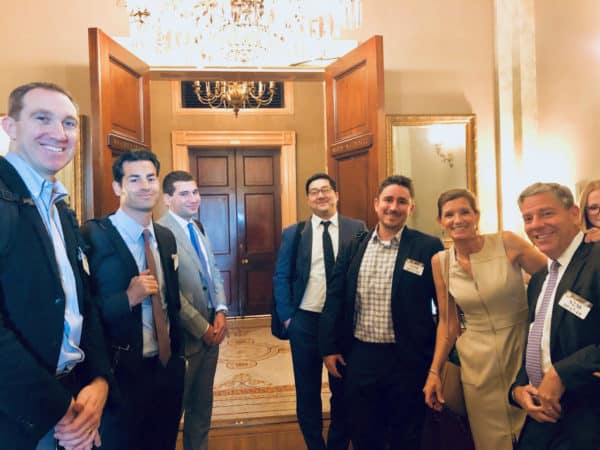 Your new startup GUARDD was publicly revealed in November. Any updates on progress?

Doug Ellenoff: Didn’t expect this question, but I do appreciate you asking CI.  I am pleased to share that my colleagues from the crowdfunding journey, Sherwood Neiss, Jim Dowd and Joan Adler, have been executing our initial business strategy and like all of the other initiatives I seem to be involved with, they are long trend lines to ultimate results.

I’d highlight that we are both operational and have processed several issuers through the system and achieved blue sky compliance for them.  As you may recall, GUARDD is designed to enable private issuers of securities to facilitate secondary tradeability of their securities through alternative trading systems in compliance with Federal and State securities laws.  GUARDD’s proprietary technology and relationships with the commercial arm of the AICPA, RIVIO, and Mergent, enable issuers to deliver an enlightened amount of updated and current legal and financial disclosure to potential investors at the point of making an investment decision to purchase secondary securities.

For next year, as we continue to build out our relationships with the ATS community, we are aspiring to increase the volume of our issuers through the ATS’s and replicate the ease of trading of the public markets in the private markets with substantively similar informational dissemination to investors with what they need to make an informed investment decision, including all of the risks.  I continue to believe that GUARDD is ahead of the trend-line for secondary trading and we are just waiting for our services to be available for the inevitability of the demand.

The Commission will transition from the current administration to the Biden crew. What can we expect in regards to regulating capital formation?

Doug Ellenoff: While there may very well be a greater emphasis on investor protection, I am not expecting a dramatic shift of attention away from capital formation.  We won’t really know the actual direction until Chair Clayton’s position is selected.  With the amendments to the JOBS Act to become law, the amount of activity ought to meaningfully tick up in the exempt offerings.  This shouldn’t be interrupted.  The balance of the capital markets is tied to many other factors, like interest rates, so I would just anticipate a further continuation of the last six months of enthusiasm.

What about the regulation of digital assets? Fintech in general?

Doug Ellenoff: With the recent enforcement action taken by the SEC against XRP/Ripple, analyzing the pathway forward for digital assets has just been further complicated.

What is so interesting to note as an alternative finance lawyer is that the history and evolution of these techniques vary in their origins, execution, and adoption. Digital assets weren’t initially of much regulatory concern as ICOs were permitted to raise substantial sums of money on the basis that they weren’t securities at all. Major players looked the other way and facilitated those transactions and retail investors got clobbered.

Although the last couple of years have felt like stabilizing times with positive interactions with regulators, the XRP message seems to be a chilling message that even crypto as distinct from other forms of digital assets are in for much closer scrutiny of their business models.

So while clear progress has been made with ATSs and generally facilitating the necessary infrastructure into a regulated environment, the Ripple action at the end of Chair Clayton’s tenure is quite curious.

Nonetheless, the arc of change suggests to me that while Ripple needs to be better understood for its broader possible messaging, digital assets and Fintech generally are proving their use case and won’t be denied a strong future as their utility and adoption continue to evolve.