The European market could top €7 billion in 2015

When the University of Cambridge teamed up with EY and launched the European Alternative Finance Benchmarking Survey, the largest study to date on crowdfunding, peer-to-peer lending and other forms of alternative finance in Europe was initiated. This benchmarking survey, which closed on 6 January 2015, captured the size, transactional volume and growth of the alternative finance markets across Europe from the 255 crowdfunding/ P2P lending platforms survey responses received from 28 European countries. Highlights from this nascent research study released by the Centre for Alternative Finance at University of Cambridge Judge Business School follow. 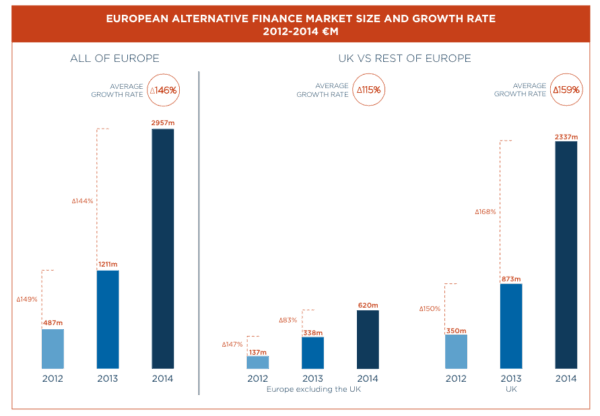 The European online alternative finance market grew by 144% last year to nearly €3b and could top €7b in 2015, according to the first comprehensive pan-European benchmarking of alternative finance produced by the Centre for Alternative Finance at University of Cambridge Judge Business School and professional services organisation EY, a global leader in assurance, tax, transaction and advisory services. 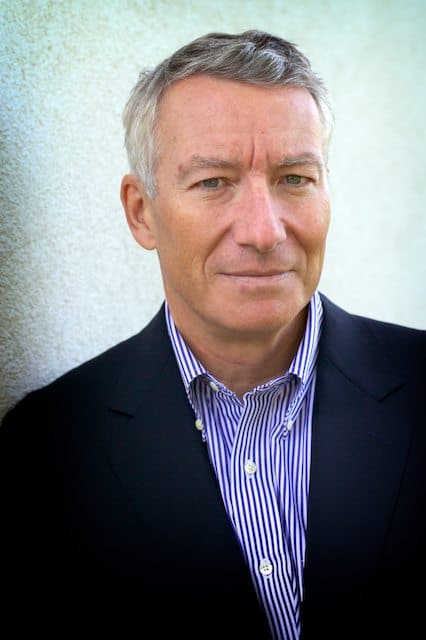 “These new forms of alternative finance are growing quickly, and this growth is beginning to attract institutional investors. Alternative finance, at least in some European countries, is on the cusp of becoming mainstream,” observed Robert Wardrop, Executive Director of the just-launched Centre for Alternative Finance at Cambridge Judge Business School, and co-author of the new report.

The Cambridge Centre for Alternative Finance is an international interdisciplinary academic research institute dedicated to the study of alternative finance, which includes financial channels and instruments that emerge outside of the traditional financial system. The report, Moving Mainstream: The European Alternative Finance Benchmarking Report, includes input from 14 key national or regional industry associations, and 255 leading platforms in Europe, to capture an estimated 85%-90% of Europe’s online platform-based alternative finance market. While previous studies had charted alternative finance in the UK, this report is the first to cover other European countries in detail. 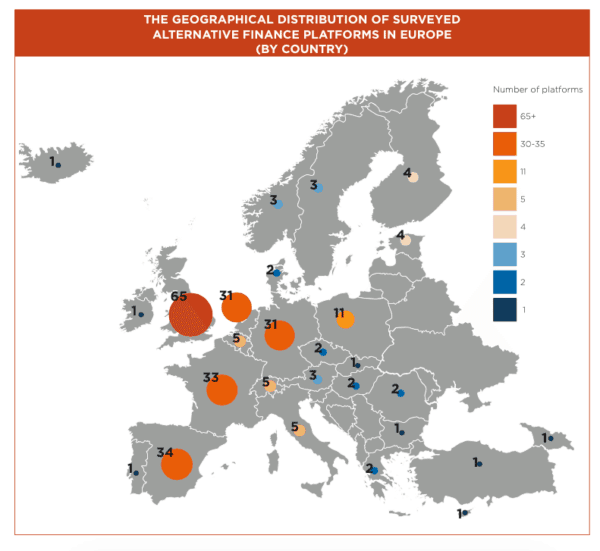 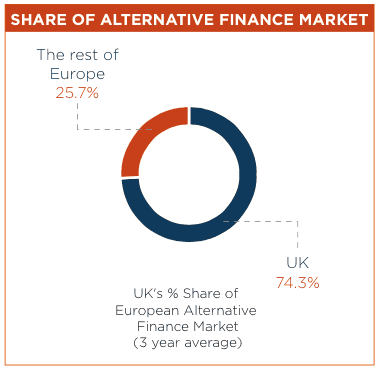 “To date there has been little hard data about the extent of the industry across Europe. This report shows that, while it is still considerably smaller than the industry in the UK, alternative finance on the continent cannot be ignored,” stated Andy Baldwin, EY Managing Partner, Europe, Middle East, India and Africa Financial Services. “The UK market’s success has in part been driven by investors’ search for yield after the Bank of England’s QE program, so it will be interesting to see if the EU’s recent QE program sparks increased activity in Europe. For me some of the most interesting metrics are the rate of adoption in certain markets and models. For example peer-to-peer business lending grew at more than 270% in mainland Europe this year, and Estonia and Sweden have some of the highest volumes per capita. The whole financial services industry should be watching this space with growing interest and this study will provide a valuable benchmark against which to measure future developments.” 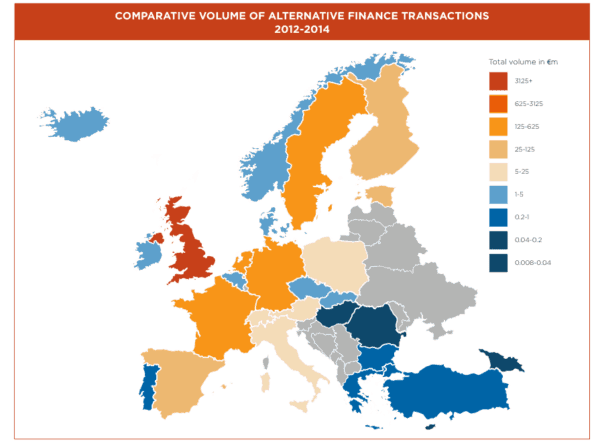 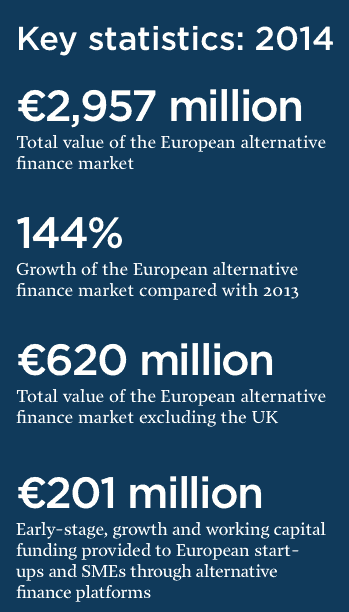 Seen until recently as a niche activity, online alternative finance including equity-based crowdfunding and peer-to-peer business lending has become a vital and increasingly commonplace source of essential funding throughout Europe for SMEs, start-ups and many other businesses, says the report.

Online alternative finance, comprising platform-based financial transactions outside traditional banking, grew across Europe from €1.21b in 2013 to €2.96b in 2014. The overall European alternative industry is on track to grow beyond €7b if the market fundamentals remain sound and growth continues apace.

In 2014, €201m of early-stage, growth and working capital funding was provided to European SMEs and start-ups by alternative finance platforms. The volume of online alternative business funding has been growing steadily at around 75% year on year, and the estimated number of start-ups and SMEs funded through online alternative finance platforms has been growing at an even faster average rate of 133% over the last three years to around 5,801 SMEs or start-ups in 2014. 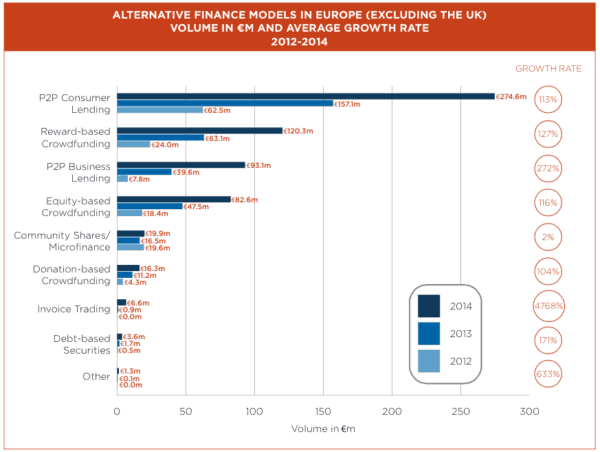 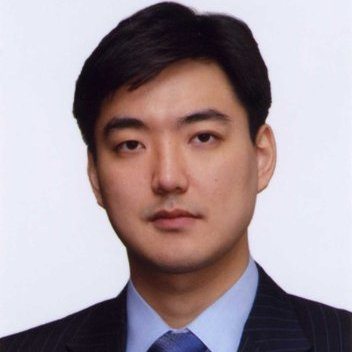 The new report is written by Robert Wardrop, Bryan Zhang, Operations and Policy Director of the Centre for Alternative Finance, Raghavendra Rau, Sir Evelyn de Rothschild Professor of Finance at Cambridge Judge and Research Director of the new Centre, and Mia Gray, Senior Lecturer at the Department of Geography at the University of

Cambridge who has focused on alternative finance and regional economies.

finance, in order to address the growing needs of academics, policymakers, regulators and industry; the Centre plans to launch a research programme, host a Global Alternative Finance Data Depository, and organise conferences, networking events and a Fellowship programme.

Moving Mainstream: The European Alternative Finance Benchmarking Report is may be downloaded here.